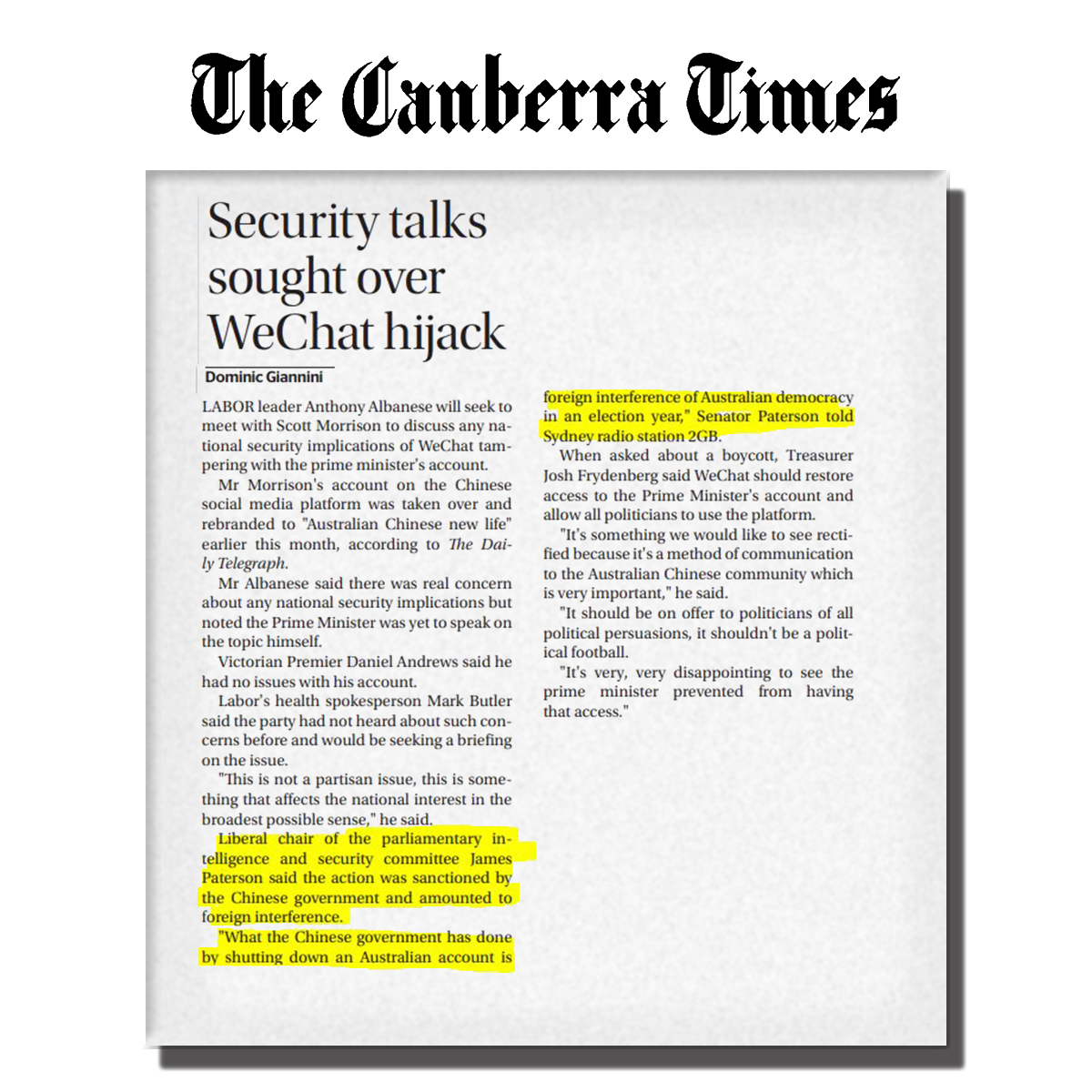 LABOR leader Anthony Albanese will seek to meet with Scott Morrison to discuss any national security implications of WeChat tampering with the prime minister's account.

Mr Morrison's account on the Chinese social media platform was taken over and rebranded to "Australian Chinese new life" earlier this month, according to The Daily Telegraph.

Mr Albanese said there was real concern about any national security implications but noted the Prime Minister was yet to speak on the topic himself.

Victorian Premier Daniel Andrews said he had no issues with his account. Labor's health spokesperson Mark Butler said the party had not heard about such concerns before and would be seeking a briefing on the issue."This is not a partisan issue, this is something that affects the national interest in the broadest possible sense," he said.

Liberal chair of the parliamentary intelligence and security committee James Paterson said the action was sanctioned by the Chinese government and amounted to foreign interference.

"What the Chinese government has done by shutting down an Australian account is foreign interference of Australian democracy in an election year," Senator Paterson told Sydney radio station 2GB.

When asked about a boycott, Treasurer Josh Frydenberg said WeChat should restore access to the Prime Minister's account and allow all politicians to use the platform.

"It's something we would like to see rectified because it's a method of communication to the Australian Chinese community which is very important," he said.

"It should be on offer to politicians of all political persuasions, it shouldn't be a political football."It's very, very disappointing to see the prime minister prevented from having that access."