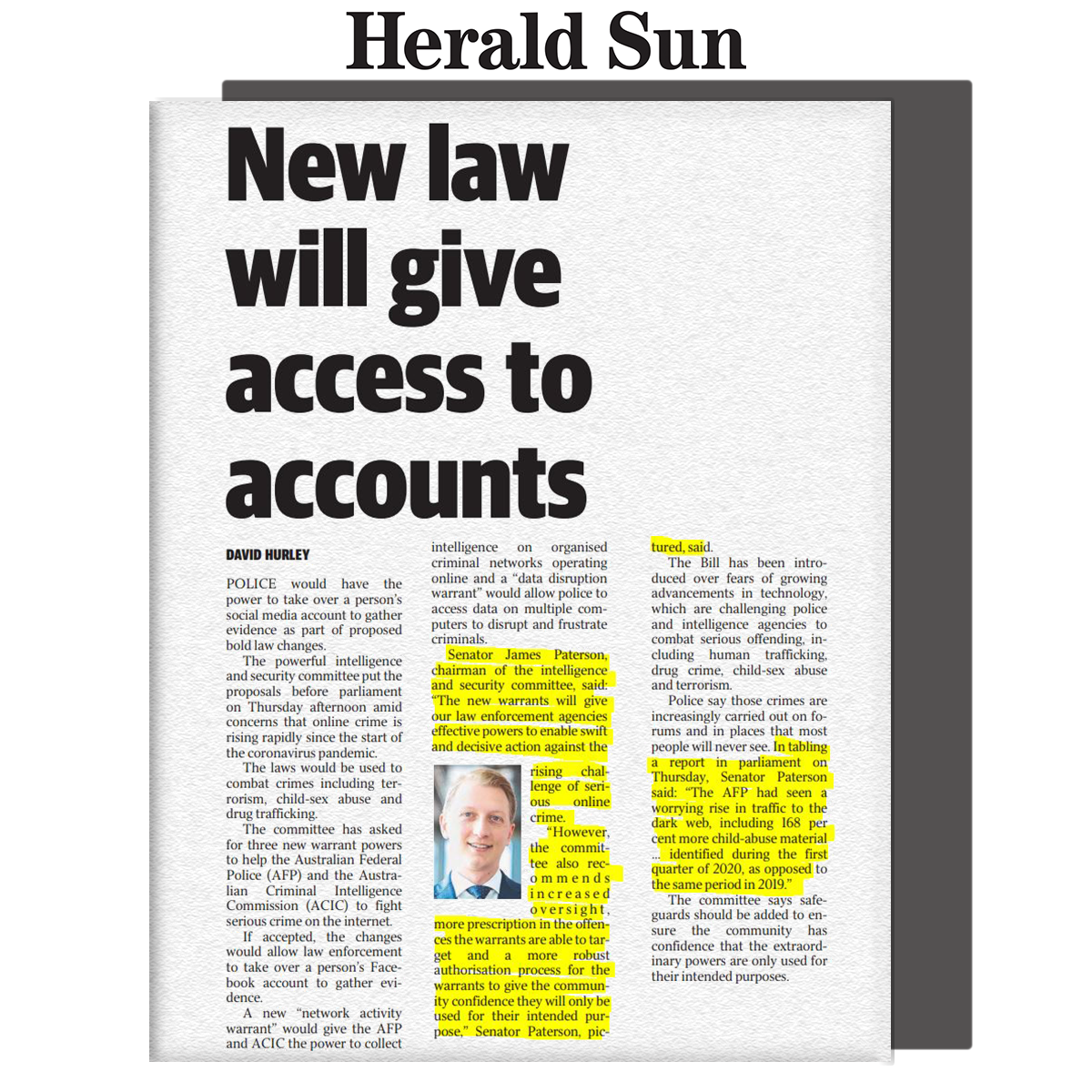 Police would have the power to take over a person’s social media account to gather evidence under bold proposed law changes.

The powerful intelligence and security committee put the proposals before parliament on Thursday afternoon amid concerns that crime online is rising rapidly since the start of the coronavirus pandemic.

The laws would be used to combat crimes including terrorism, child sex abuse and drug trafficking.

The committee has asked for three new warrant powers to help the Australian Federal Police (AFP) and the Australian Criminal Intelligence Commission (ACIC) to fight serious crime on the internet.

The proposed laws would be used to combat crimes including terrorism, child sex abuse and drug trafficking. Picture: Brenton Edwards

If accepted the changes would allow law enforcement to take over a person’s Facebook account to gather evidence.

A new “network activity warrant” would give the AFP and ACIC the power to collect intelligence on organised criminal networks operating online and a “data disruption warrant” would allow police to access data on multiple computers to disrupt and frustrate criminals.

Senator James Paterson, chair of the intelligence and security committee, said: “The new warrants will give our law enforcement agencies effective powers to enable swift and decisive action against the rising challenge of serious online crime.

“However the Committee also recommends increased oversight, more prescription in the offences the warrants are able to target and a more robust authorisation process for the warrants to give the community confidence they will only used for their intended purpose.”

The bill has been introduced over fears of growing technology advancement that challenges police and intelligence agencies to combat serious offending, including human trafficking, drug crime, child sexual abuse and terrorism.

Police say those crimes are increasingly carried out on forums and in places that most people will never see.

In tabling a report in parliament on Thursday, Mr Paterson said: “The AFP had seen a worrying rise in traffic to the dark web, including 168 per cent more child abuse material … identified during the first quarter of 2020, as opposed to the same period in 2019.”

The committee says that safeguards should be added to ensure the community has confidence that the extraordinary powers are only used for their intended purposes.