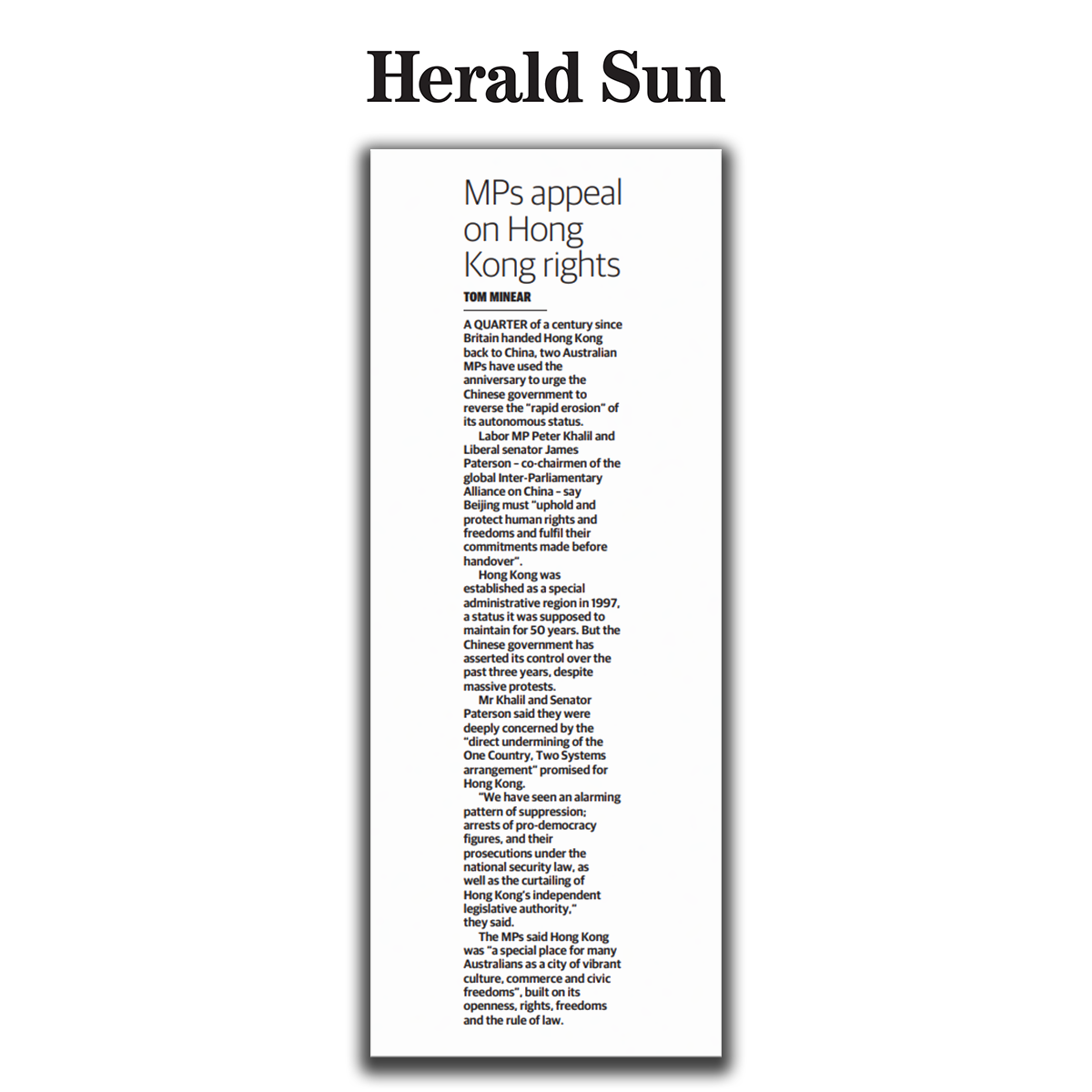 A QUARTER of a century since Britain handed Hong Kong back to China, two Australian MPs have used the anniversary to urge the Chinese government to reverse the “rapid erosion” of its autonomous status.

Labor MP Peter Khalil and Liberal senator James Paterson – co-chairmen of the global Inter-Parliamentary Alliance on China – say Beijing must “uphold and protect human rights and freedoms and fulfil their commitments made before handover”.

Hong Kong was established as a special administrative region in 1997, a status it was supposed to maintain for 50 years. But the Chinese government has asserted its control over the past three years, despite massive protests.

Mr Khalil and Senator Paterson said they were deeply concerned by the “direct undermining of the One Country, Two Systems arrangement” promised for Hong Kong.

“We have seen an alarming pattern of suppression; arrests of pro-democracy figures, and their prosecutions under the national security law, as well as the curtailing of Hong Kong’s independent legislative authority,” they said.

The MPs said Hong Kong was “a special place for many Australians as a city of vibrant culture, commerce and civic freedoms”, built on its openness, rights, freedoms and the rule of law.