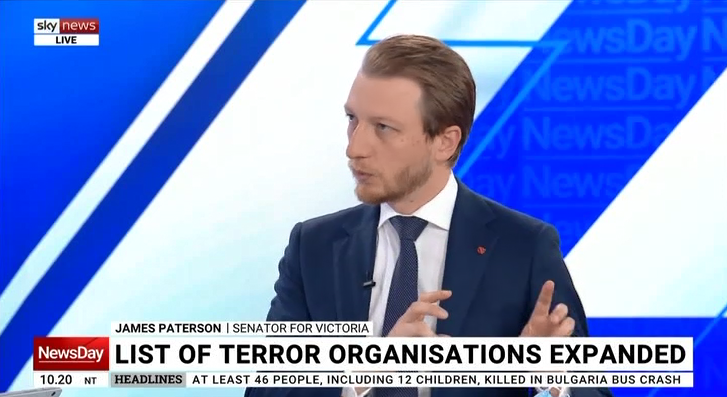 The Chair of the Parliamentary Joint Committee on Intelligence and Security, Senator James Paterson, has welcomed the announcement by the Minister for Home Affairs Karen Andrews that the Morrison government will list the entirety of Hezbollah as a terrorist organisation, as well as the neo-Nazi organisation The Base.

The decision acts upon the unanimous bipartisan recommendation of the PJCIS in its report in June that the existing listing of Hezbollah’s External Security Organisation be expanded to cover all of Hezbollah.