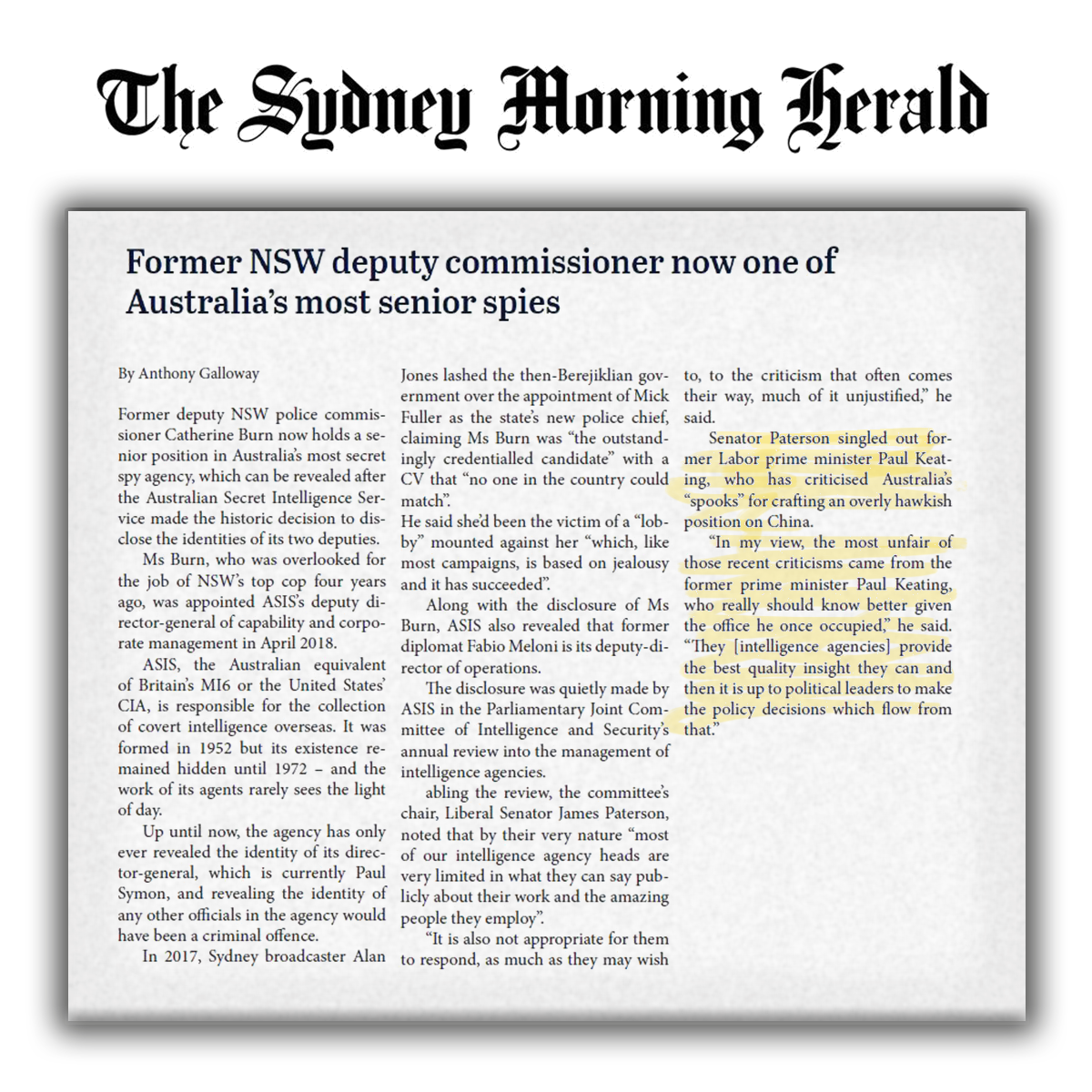 Former deputy NSW police commissioner Catherine Burn now holds a senior position in Australia’s most secret spy agency, which can be revealed after the Australian Secret Intelligence Service made the historic decision to disclose the identities of its two deputies.

Ms Burn, who was overlooked for the job of NSW’s top cop four years ago, was appointed ASIS’s deputy director-general of capability and corporate management in April 2018.

ASIS, the Australian equivalent of Britain’s MI6 or the United States’ CIA, is responsible for the collection of covert intelligence overseas. It was formed in 1952 but its existence remained hidden until 1972 – and the work of its agents rarely sees the light of day.

In 2017, Sydney broadcaster Alan Jones lashed the then-Berejiklian government over the appointment of Mick Fuller as the state’s new police chief, claiming Ms Burn was “the outstandingly credentialled candidate” with a CV that “no one in the country could match”.

He said she’d been the victim of a “lobby” mounted against her “which, like most campaigns, is based on jealousy and it has succeeded”.

Along with the disclosure of Ms Burn, ASIS also revealed that former diplomat Fabio Meloni is its deputy-director of operations.

The disclosure was quietly made by ASIS in the Parliamentary Joint Committee of Intelligence and Security’s annual review into the management of intelligence agencies.

Tabling the review, the committee’s chair, Liberal Senator James Paterson, noted that by their very nature “most of our intelligence agency heads are very limited in what they can say publicly about their work and the amazing people they employ”.

“It is also not appropriate for them to respond, as much as they may wish to, to the criticism that often comes their way, much of it unjustified,” he said.

“In my view, the most unfair of those recent criticisms came from the former prime minister Paul Keating, who really should know better given the office he once occupied,” he said. “They [intelligence agencies] provide the best quality insight they can and then it is up to political leaders to make the policy decisions which flow from that.”