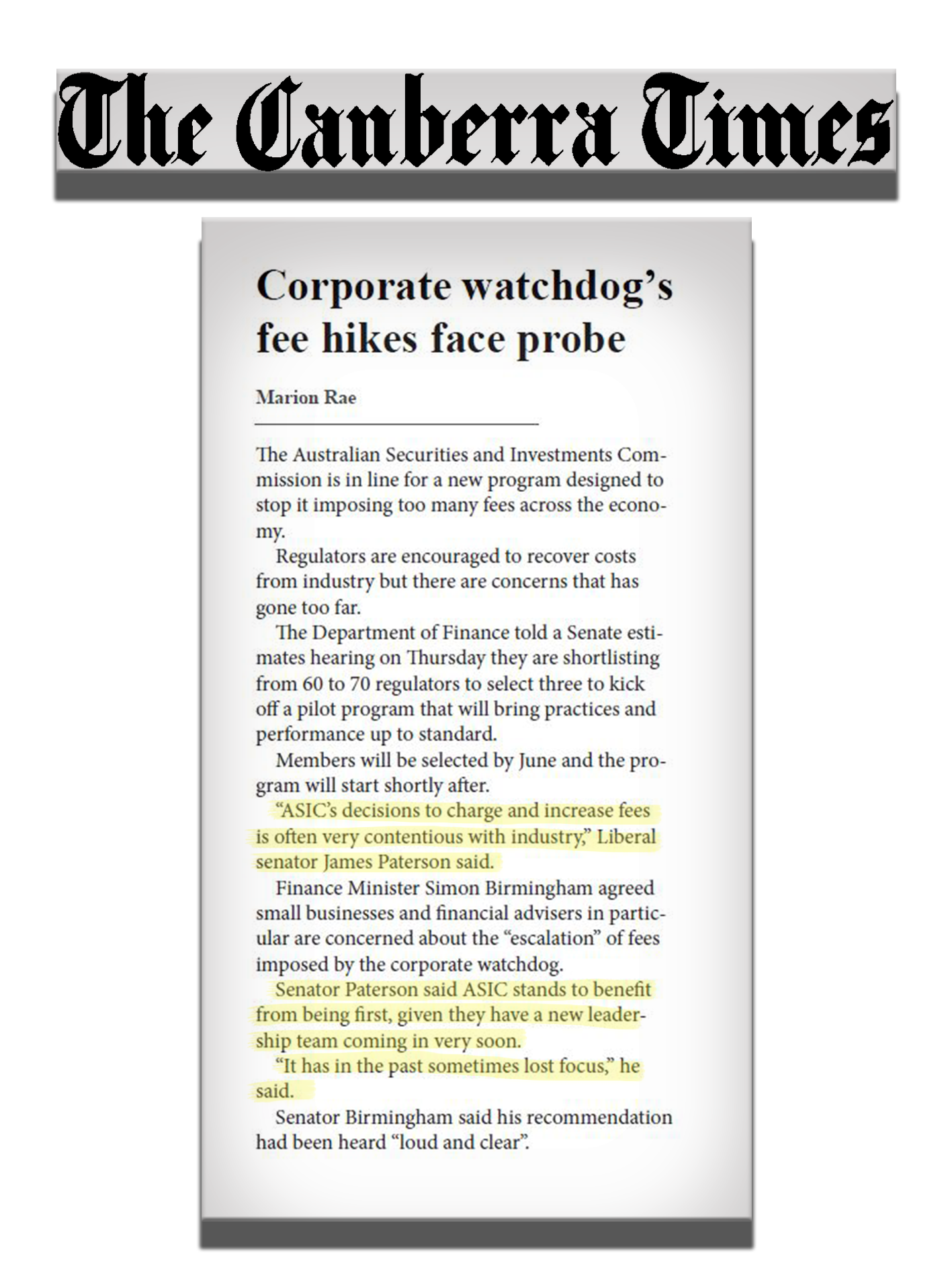 The Australian Securities and Investments Commission is in line for a new program designed to stop it imposing too many fees across the economy.

Regulators are encouraged to recover costs from industry but there are concerns that has gone too far.

The Department of Finance told a Senate estimates hearing on Thursday they are shortlisting from 60 to 70 regulators to select three to kick off a pilot program that will bring practices and performance up to standard.

Members will be selected by June and the program will start shortly after.

Finance Minister Simon Birmingham agreed small businesses and financial advisers in particular are concerned about the "escalation" of fees imposed by the corporate watchdog.

Senator Paterson said ASIC stands to benefit from being first, given they have a new leadership team coming in very soon.

"It has in the past sometimes lost focus," he said.

Senator Birmingham said his recommendation had been heard "loud and clear".