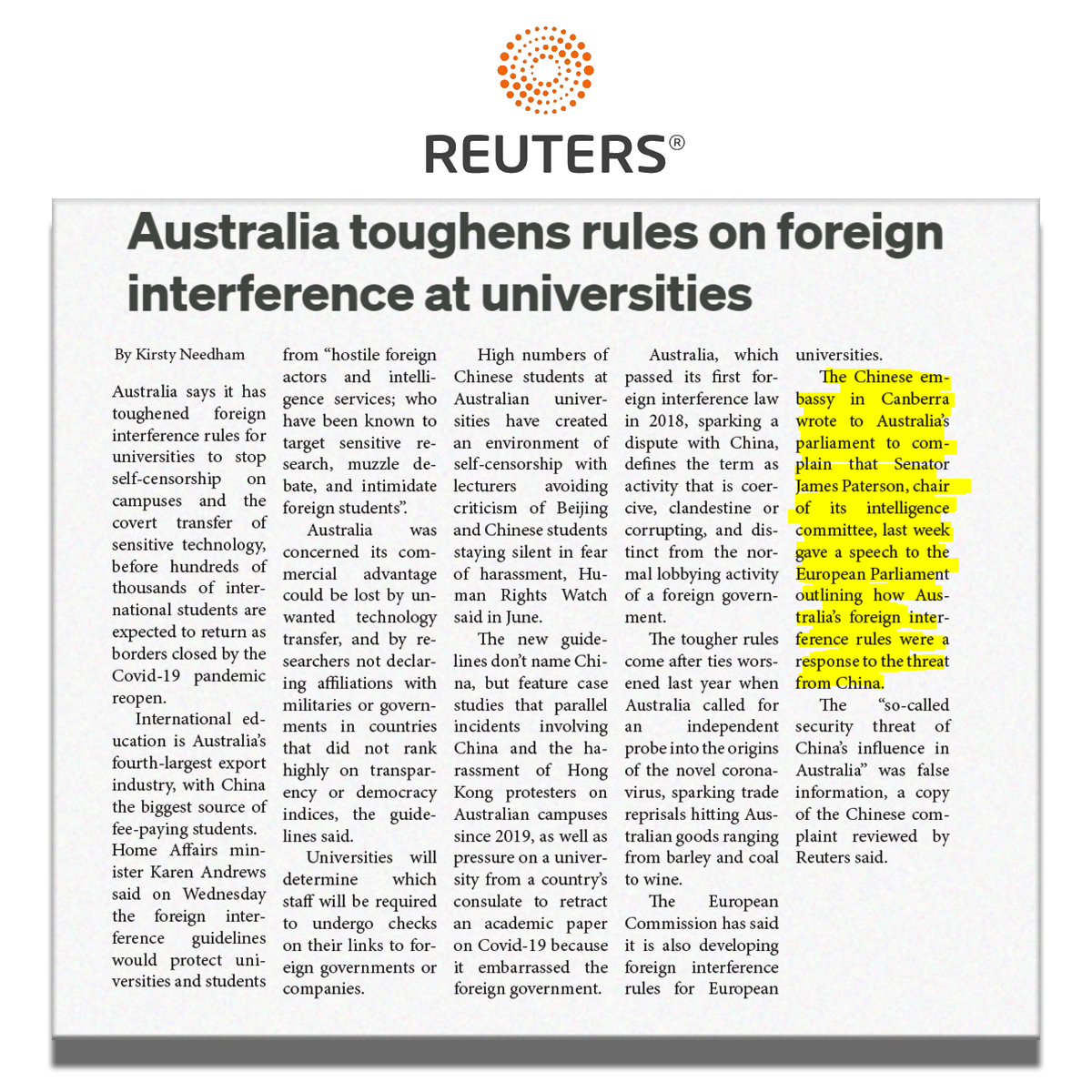 Australia says it has toughened foreign interference rules for universities to stop self-censorship on campuses and the covert transfer of sensitive technology, before hundreds of thousands of international students are expected to return as borders closed by the Covid-19 pandemic reopen.

Australia was concerned its commercial advantage could be lost by unwanted technology transfer, and by researchers not declaring affiliations with militaries or governments in countries that did not rank highly on transparency or democracy indices, the guidelines said.

Universities will determine which staff will be required to undergo checks on their links to foreign governments or companies.

High numbers of Chinese students at Australian universities have created an environment of self-censorship with lecturers avoiding criticism of Beijing and Chinese students staying silent in fear of harassment, Human Rights Watch said in June.

The new guidelines don't name China, but feature case studies that parallel incidents involving China and the harassment of Hong Kong protesters on Australian campuses since 2019, as well as pressure on a university from a country's consulate to retract an academic paper on Covid-19 because it embarrassed the foreign government.

Australia, which passed its first foreign interference law in 2018, sparking a dispute with China, defines the term as activity that is coercive, clandestine or corrupting, and distinct from the normal lobbying activity of a foreign government.

The tougher rules come after ties worsened last year when Australia called for an independent probe into the origins of the novel coronavirus, sparking trade reprisals hitting Australian goods ranging from barley and coal to wine.

The European Commission has said it is also developing foreign interference rules for European universities.

The Chinese embassy in Canberra wrote to Australia's parliament to complain that Senator James Paterson, chair of its intelligence committee, last week gave a speech to the European Parliament outlining how Australia's foreign interference rules were a response to the threat from China.

The "so-called security threat of China's influence in Australia" was false information, a copy of the Chinese complaint reviewed by Reuters said.