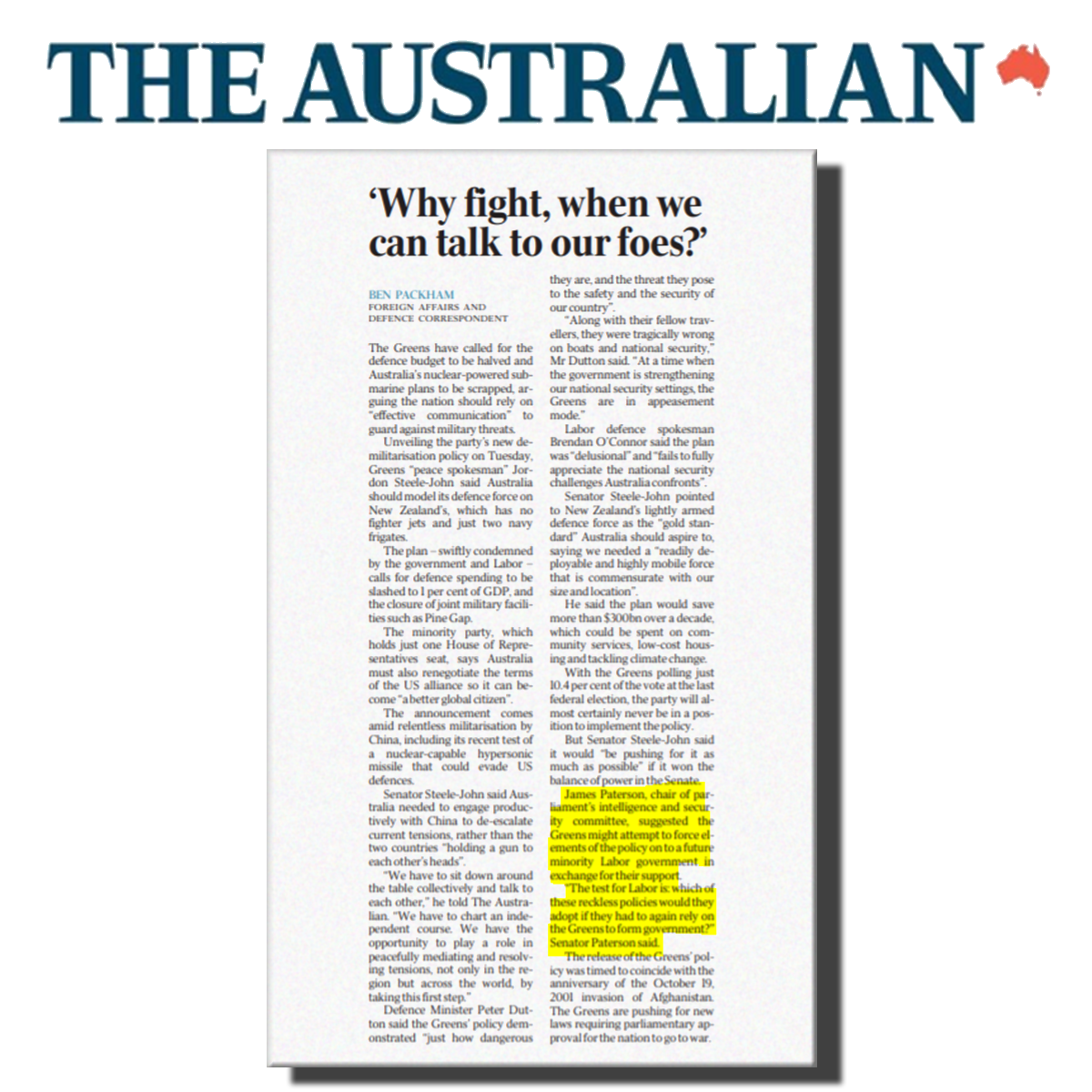 The Greens have called for the defence budget to be halved and Australia’s nuclear-powered submarine plans to be scrapped, arguing the nation should rely on “effective communication” to guard against military threats.

The plan – swiftly condemned by the government and Labor – calls for defence spending to be slashed to 1 per cent of GDP, and the closure of joint military facilities such as Pine Gap.

The minority party, which holds just one House of Representatives seat, says Australia must also renegotiate the terms of the US alliance so it can become “a better global citizen”.

The announcement comes amid relentless militarisation by China, including its recent test of a nuclear-capable hypersonic missile that could evade US defences.

Senator Steele-John said Australia needed to engage productively with China to de-escalate current tensions, rather than the two countries “holding a gun to each other’s heads”.

“We have to sit down around the table collectively and talk to each other,” he told The Australian. “We have to chart an independent course. We have the opportunity to play a role in peacefully mediating and resolving tensions, not only in the region but across the world, by taking this first step.”

Defence Minister Peter Dutton said the Greens’ policy demonstrated “just how dangerous they are, and the threat they pose to the safety and the security of our country”.

“Along with their fellow travellers, they were tragically wrong on boats and national security,” Mr Dutton said. “At a time when the government is strengthening our national security settings, the Greens are in appeasement mode.”

Senator Steele-John pointed to New Zealand’s lightly armed defence force as the “gold standard” Australia should aspire to, saying we needed a “readily deployable and highly mobile force that is commensurate with our size and location”.

He said the plan would save more than $300bn over a decade, which could be spent on community services, low-cost housing and tackling climate change.

With the Greens polling just 10.4 per cent of the vote at the last federal election, the party will almost certainly never be in a position to implement the policy.

But Senator Steele-John said it would “be pushing for it as much as possible” if it won the balance of power in the Senate.

James Paterson, chair of parliament’s intelligence and security committee, suggested the Greens might attempt to force elements of the policy on to a future minority Labor government in exchange for their support.

“The test for Labor is: which of these reckless policies would they adopt if they had to again rely on the Greens to form government?” Senator Paterson said.

The release of the Greens’ policy was timed to coincide with the anniversary of the October 19, 2001 invasion of Afghanistan. The Greens are pushing for new laws requiring parliamentary approval for the nation to go to war.