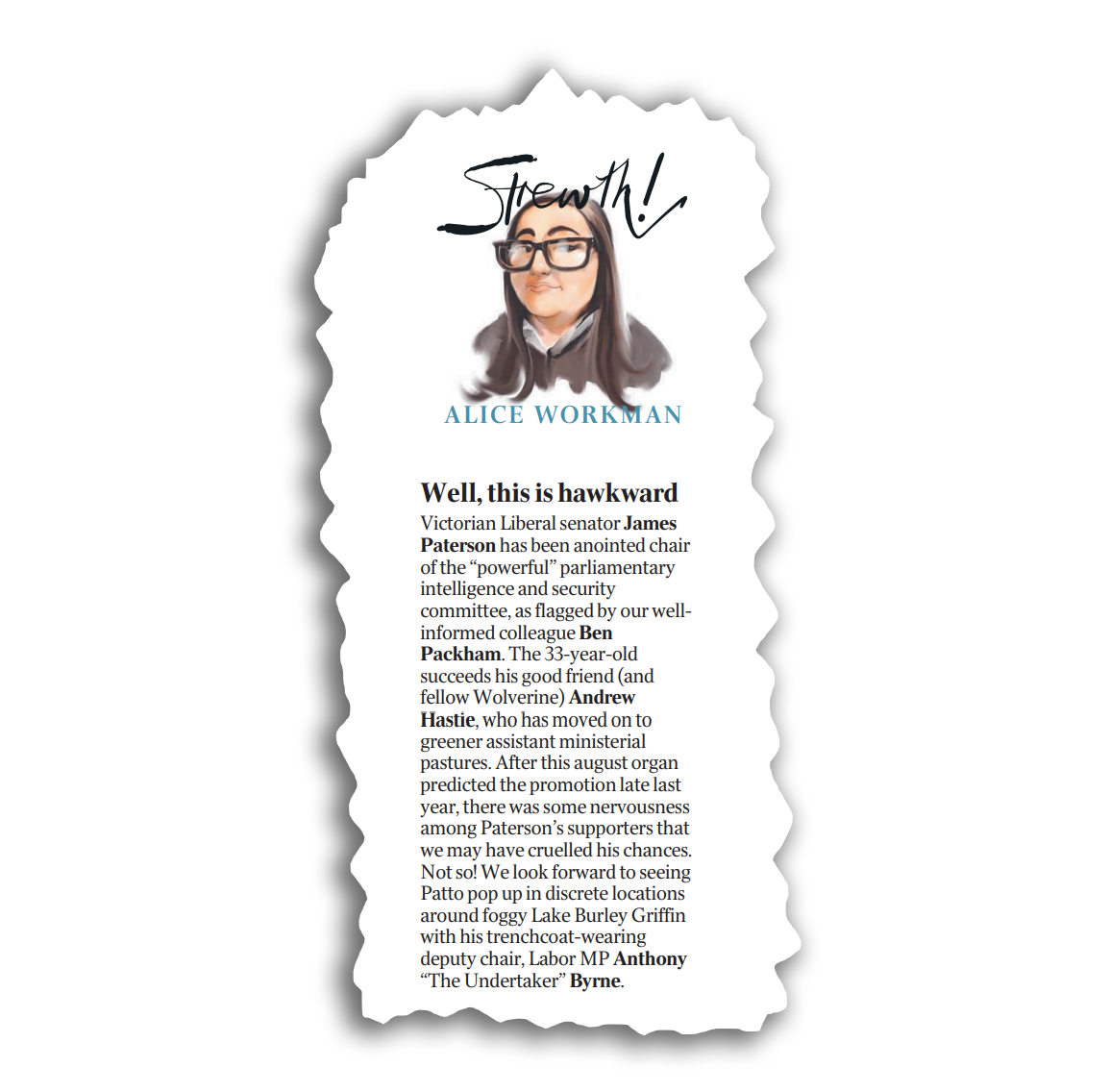 Victorian Liberal senator James Paterson has been anointed chair of the “powerful” parliamentary intelligence and security committee, as flagged by our well-informed colleague Ben Packham.

The 33-year-old succeeds his good friend (and fellow Wolverine) Andrew Hastie, who has moved on to greener assistant ministerial pastures.

After this august organ predicted the promotion late last year, there was some nervousness among Paterson’s supporters that we may have cruelled his chances.