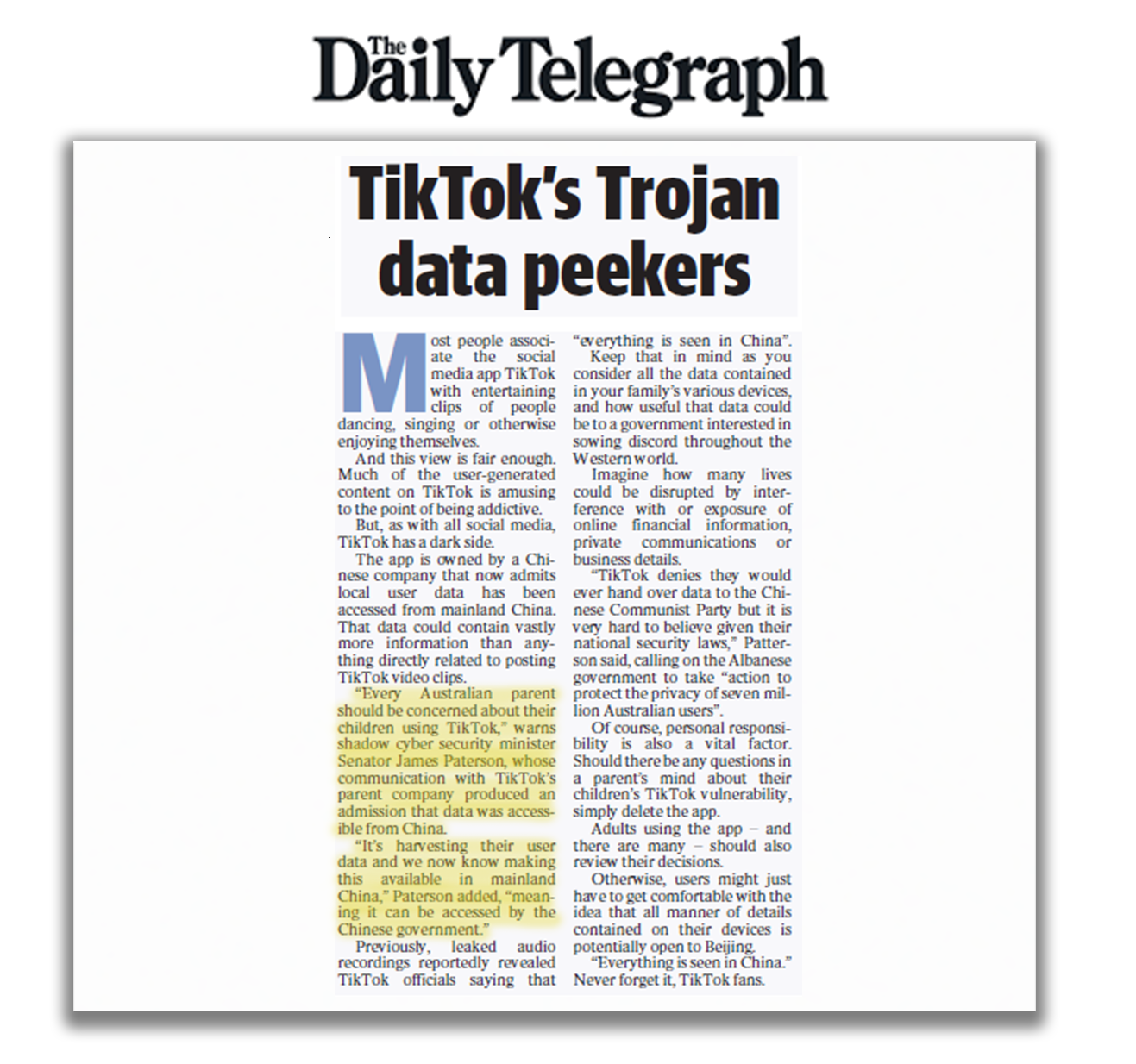 Most people associate the social media app TikTok with entertaining clips of people dancing, singing or otherwise enjoying themselves.

And this view is fair enough.

Much of the user-generated content on TikTok is amusing to the point of being addictive.

But, as with all social media, TikTok has a dark side.

The app is owned by a Chinese company that now admits local user data has been ­accessed from mainland China.

That data could contain vastly more information than anything directly related to posting TikTok video clips.

“Every Australian parent should be concerned about their children using TikTok,” warns shadow cyber security minister Senator James Paterson, whose communication with TikTok’s parent company produced an admission that data was accessible from China.

“It’s harvesting their user data and we now know making this available in mainland China,” Paterson added, “meaning it can be accessed by the Chinese government.”

Keep that in mind as you ­consider all the data contained in your family’s various devices, and how useful that data could be to a government interested in sowing discord throughout the Western world.

Imagine how many lives could be disrupted by interference with or exposure of ­online financial information, private communications or business details.

“TikTok denies they would ever hand over data to the Chinese Communist Party but it is very hard to believe given their national security laws,” Patterson said, calling on the Albanese government to take “action to protect the privacy of seven million Australian users”.

Of course, personal responsibility is also a vital factor.

Should there be any questions in a parent’s mind about their children’s TikTok vulnerability, simply delete the app.

Adults using the app – and there are many – should also ­review their decisions.

Otherwise, users might just have to get comfortable with the idea that all manner of details contained on their devices is ­potentially open to Beijing.

“Everything is seen in China.”