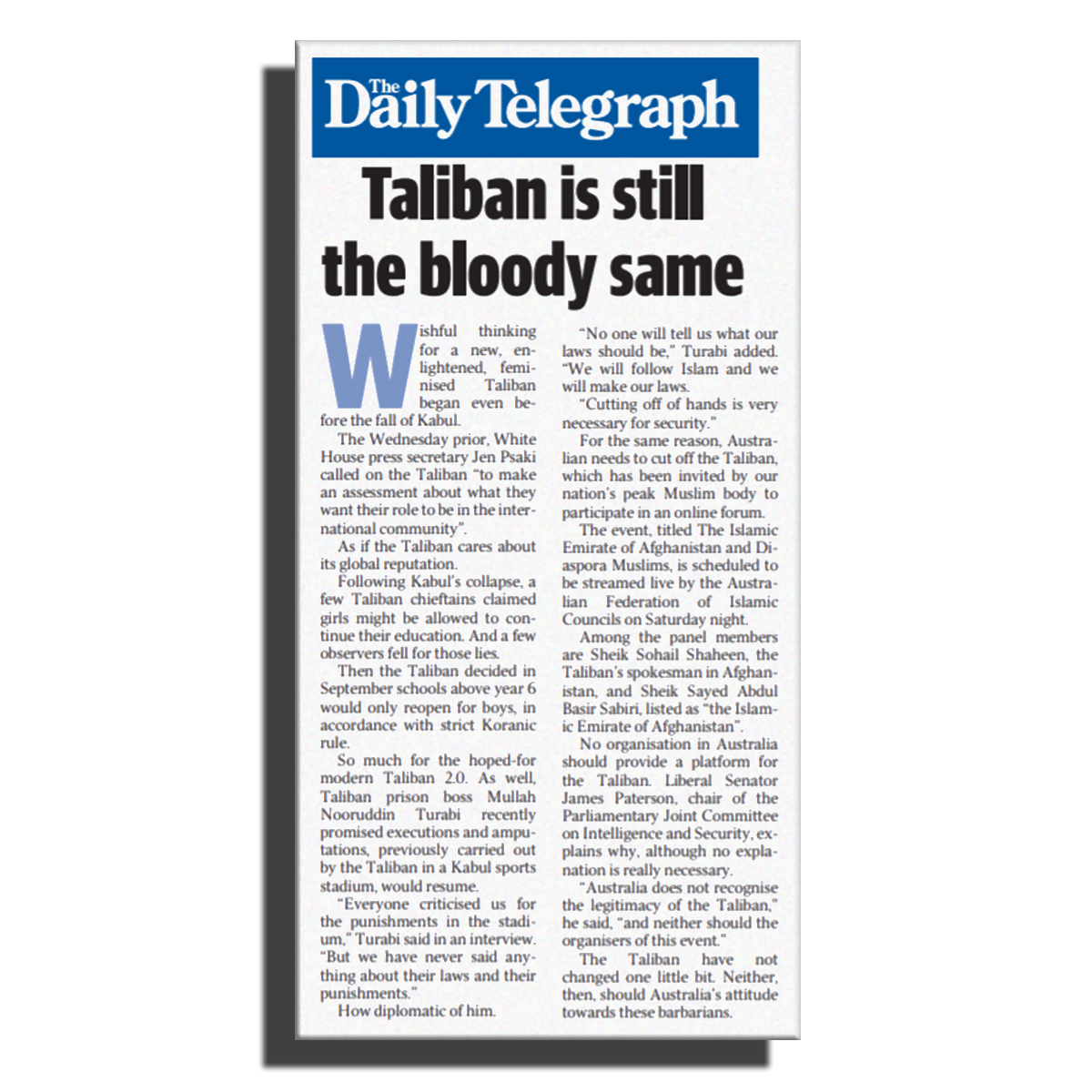 Wishful thinking for a new, enlightened, feminised Taliban began even before the fall of Kabul.

The Wednesday prior, White House press secretary Jen Psaki called on the Taliban “to make an assessment about what they want their role to be in the international community”.As if the Taliban cares about its global reputation.Following Kabul’s collapse, a few Taliban chieftains claimed girls might be allowed to continue their education. And a few observers fell for those lies.Then the Taliban decided in September schools above year 6 would only reopen for boys, in accordance with strict Koranic rule.

So much for the hoped-for modern Taliban 2.0. As well,Taliban prison boss Mullah Nooruddin Turabi recently promised executions and amputations, previously carried out by the Taliban in a Kabul sports stadium, would resume.

“Everyone criticised us for the punishments in the stadium,” Turabi said in an interview.“But we have never said anything about their laws and their punishments.”How diplomatic of him.“No one will tell us what our laws should be,” Turabi added.

“We will follow Islam and we will make our laws.“Cutting off of hands is very necessary for security.”For the same reason, Australian needs to cut off the Taliban,which has been invited by our nation’s peak Muslim body to participate in an online forum.

The event, titled The Islamic Emirate of Afghanistan and Diaspora Muslims, is scheduled to be streamed live by the Australian Federation of Islamic Councils on Saturday night.Among the panel members are Sheik Sohail Shaheen, the Taliban’s spokesman in Afghanistan, and Sheik Sayed AbdulBasir Sabiri, listed as “the Islamic Emirate of Afghanistan”. No organisation in Australia should provide a platform for the Taliban.

Liberal Senator James Paterson, chair of the Parliamentary Joint Committee on Intelligence and Security, explains why, although no explanation is really necessary.“Australia does not recognise the legitimacy of the Taliban,”he said, “and neither should the organisers of this event.”

The Taliban have not changed one little bit. Neither, then, should Australia’s attitude towards these barbarians.