PM pushes back on China 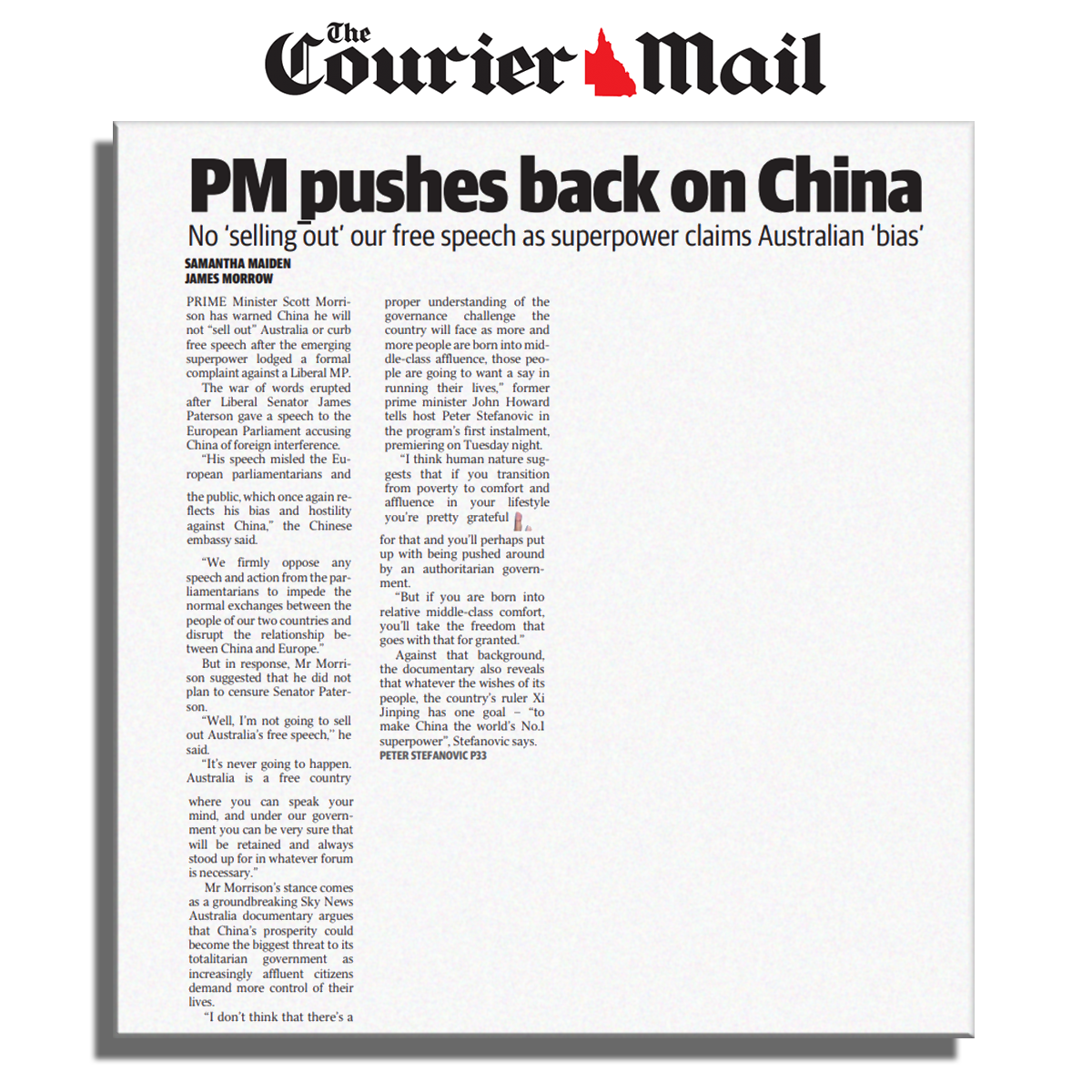 PRIME Minister Scott Morrison has warned China he will not “sell out” Australia or curb free speech after the emerging superpower lodged a formal complaint against a Liberal MP.

The war of words erupted after Liberal Senator James Paterson gave a speech to the European Parliament accusing China of foreign interference.

“His speech misled the European parliamentarians and the public, which once again reflects his bias and hostility against China,” the Chinese embassy said.

“We firmly oppose any speech and action from the parliamentarians to impede the normal exchanges between the people of our two countries and disrupt the relationship between China and Europe.

”But in response, Mr Morrison suggested that he did not plan to censure Senator Paterson.

“Well, I’m not going to sellout Australia’s free speech,’’ he said.“It’s never going to happen. Australia is a free country where you can speak your mind, and under our government you can be very sure that will be retained and always stood up for in whatever forum is necessary.

“I don’t think that there’s a proper understanding of the governance challenge the country will face as more and more people are born into middle-class affluence, those people are going to want a say in running their lives,” former prime minister John Howard tells host Peter Stefanovic in the program’s first instalment, premiering on Tuesday night.

“I think human nature suggests that if you transition from poverty to comfort and affluence in your lifestyle you’re pretty grateful for that and you’ll perhaps put up with being pushed around by an authoritarian government.“But if you are born into relative middle-class comfort,you’ll take the freedom that goes with that for granted.

”Against that background,the documentary also reveals that whatever the wishes of its people, the country’s ruler Xi Jinping has one goal – “to make China the world’s No.1 superpower”, Stefanovic says.