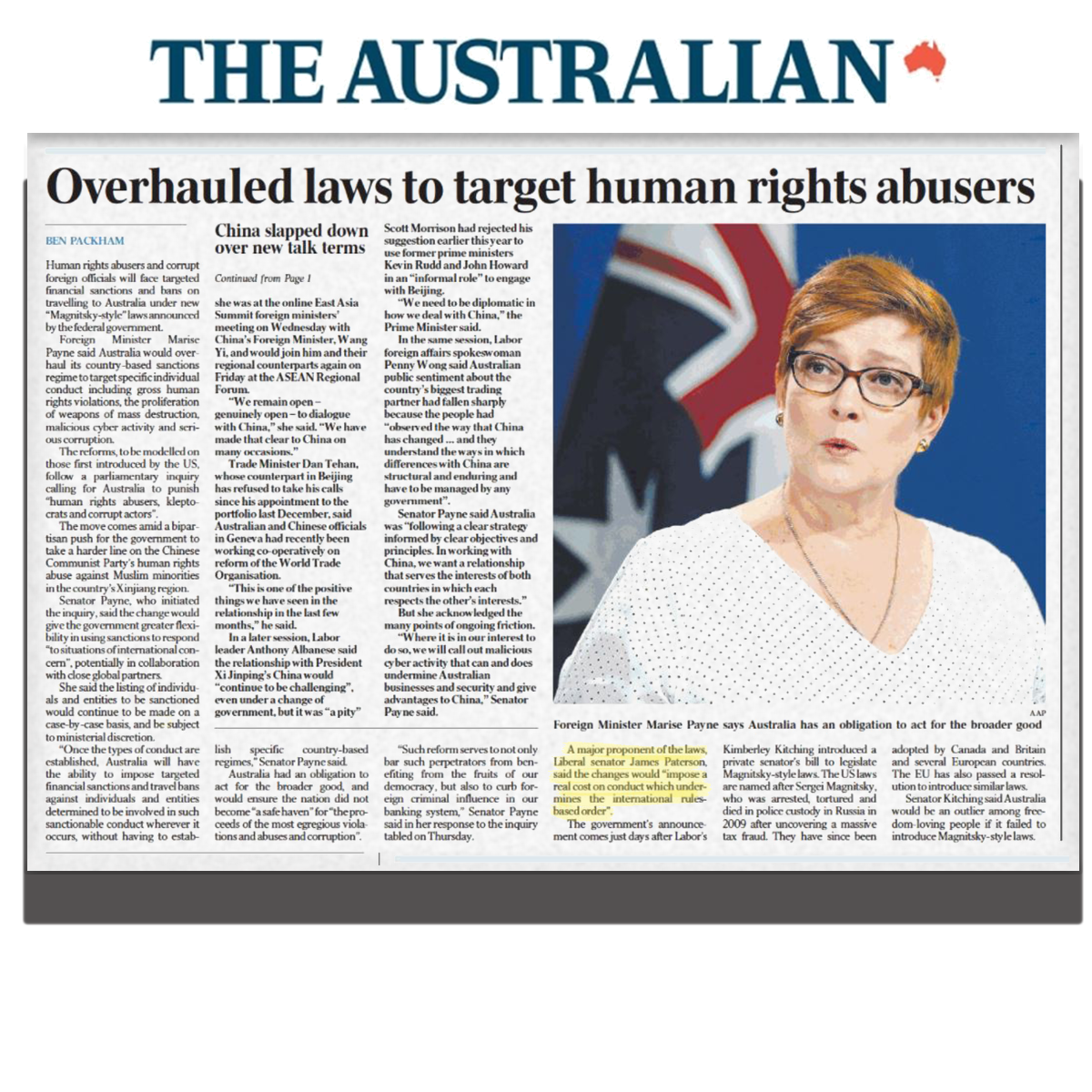 The reforms, to be modelled on those first introduced by the US, follow a parliamentary inquiry calling for Australia to punish “human rights abusers, kleptocrats and corrupt actors”.

The move comes amid a bipartisan push for the government to take a harder line on the Chinese Communist Party’s human rights abuse against Muslim minorities in the country’s Xinjiang region.

Senator Payne, who initiated the inquiry, said the change would give the government greater flexibility in using sanctions to respond “to situations of international concern”, potentially in collaboration with close global partners.

She said the listing of individuals and entities to be sanctioned would continue to be made on a case-by-case basis, and be subject to ministerial discretion.

“Once the types of conduct are established, Australia will have the ability to impose targeted ­financial sanctions and travel bans against individuals and entities determined to be involved in such sanctionable conduct wherever it occurs, without having to establish specific country-based ­regimes,” Senator Payne said.

Australia had an obligation to act for the broader good, and would ensure the nation did not become “a safe haven” for “the proceeds of the most egregious violations and abuses and corruption”.

“Such reform serves to not only bar such perpetrators from benefiting from the fruits of our democracy, but also to curb foreign criminal influence in our banking system,” Senator Payne said in her response to the inquiry tabled on Thursday.

A major proponent of the laws, Liberal senator James Paterson, said the changes would “impose a real cost on conduct which undermines the international rules-based order”.

The government’s announcement comes just days after Labor’s Kimberley Kitching introduced a private senator’s bill to legislate Magnitsky-style laws. The US laws are named after Sergei Magnitsky, who was arrested, tortured and died in police custody in Russia in 2009 after uncovering a massive tax fraud. They have since been adopted by Canada and Britain and several European countries. The EU has also passed a resolution to introduce similar laws.

Senator Kitching said Australia would be an outlier among freedom-loving people if it failed to ­introduce Magnitsky-style laws.