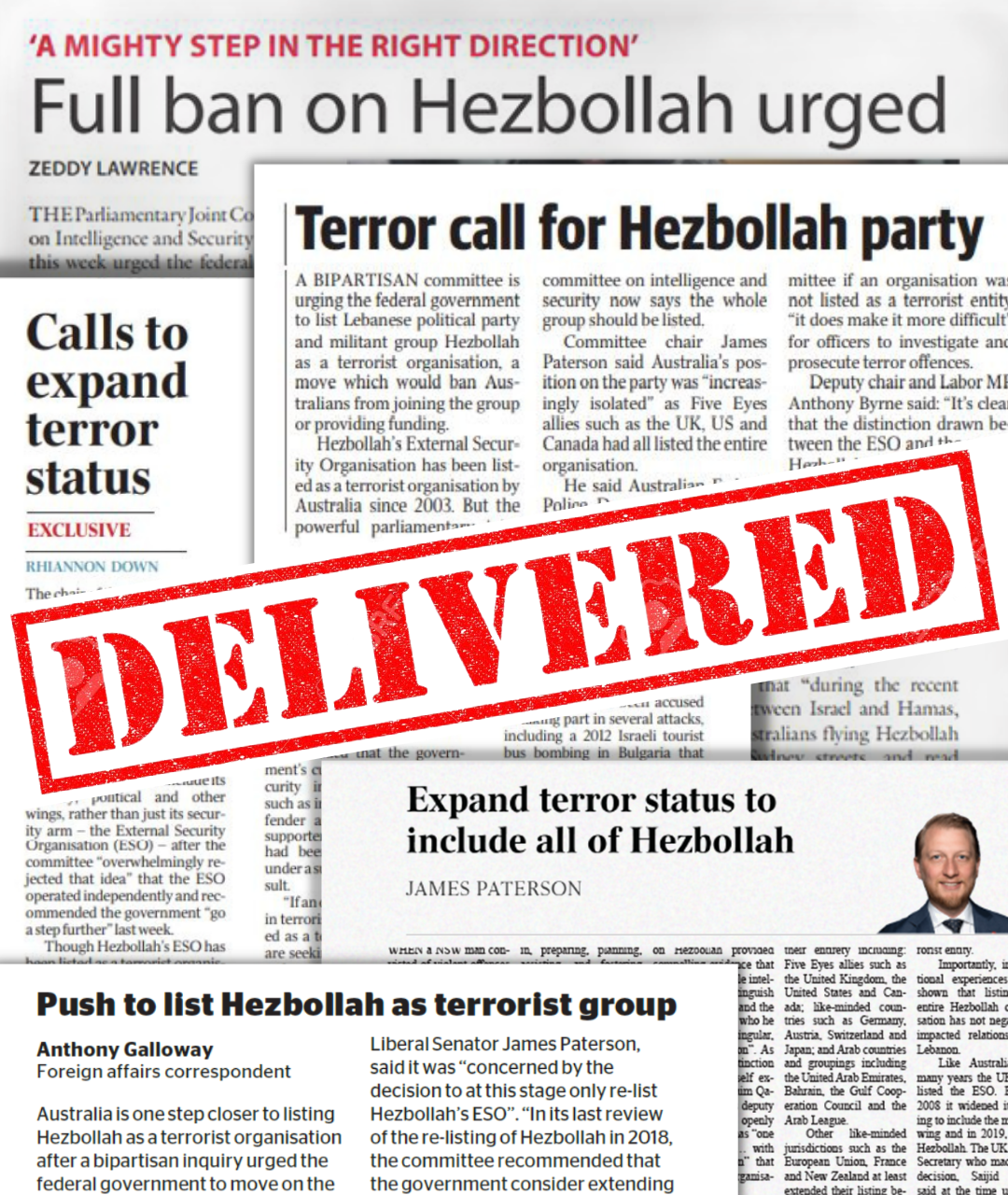 The Chair of the Parliamentary Joint Committee on Intelligence and Security, Senator James Paterson, has welcomed the announcement by the Minister for Home Affairs Karen Andrews that the Morrison government will list the entirety of Hezbollah as a terrorist organisation, as well as the neo-Nazi organisation The Base.

The decision acts upon the unanimous bipartisan recommendation of the PJCIS in its report in June that the existing listing of Hezbollah’s External Security Organisation be expanded to cover all of Hezbollah.

Hezbollah’s ESO has been listed as a terrorist organisation under the Criminal Code since 5 June 2003. On every occasion the ESO was re-listed since, the committee supported the relisting. However, in 2012 the Committee noted the growing evidence questioning the distinction drawn between Hezbollah and the ESO, and in 2018 recommended the government consider broadening the listing to also cover the military wing.

On 22 June 2021, the PJCIS went further and recommended that the government list the entire Hezbollah organisation in acknowledgement of the singular, unitary nature of Hezbollah’s leadership.

“I thank the Minister for Home Affairs for acting on the Committee’s recommendation and recognising the overwhelming evidence that all of Hezbollah is responsible for its decades-long global campaign of violent terror against innocent civilians.

“This decision sends the strong message that Australia has zero tolerance for terrorism and stands shoulder to shoulder with like-minded partners around the world who also list Hezbollah in its entirety. Australians will be safer thanks to this decision by the Morrison government,” said Senator Paterson.

Senator Paterson also welcomed the decision to list the neo-Nazi organisation The Base as a terrorist organisation for the first time, which will be reviewed by the PJCIS.

“No matter what your ideology, if you engage in or threaten violence to achieve your political objectives you will face the full-force of the law,” Senator Paterson said.