MEDIA RELEASE: Election as Chair of Parliamentary Joint Committee on Intelligence and Security 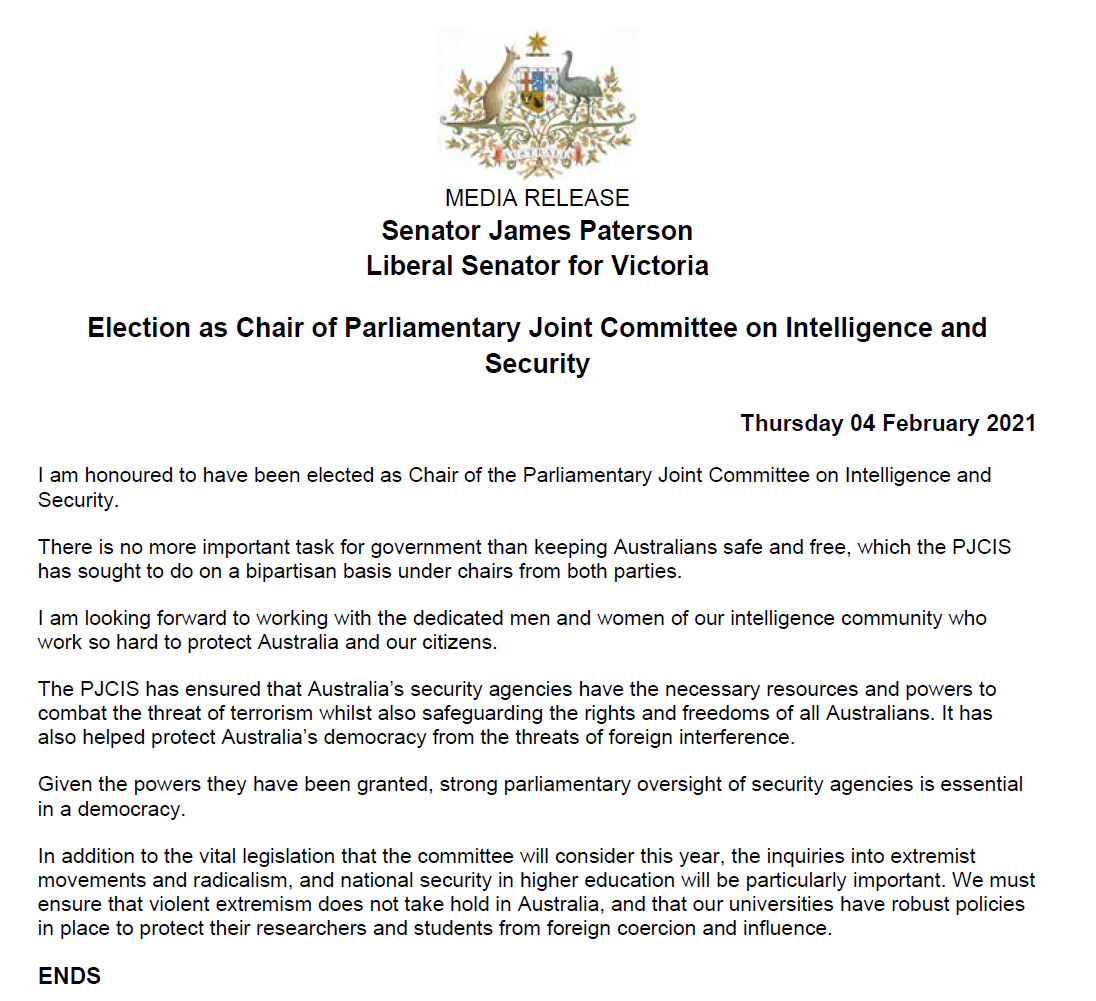 Election as Chair of Parliamentary Joint Committee on Intelligence and Security - Thursday 04 February 2021I am honoured to have been elected as Chair of the Parliamentary Joint Committee on Intelligence and Security.There is no more important task for government than keeping Australians safe and free, which the PJCIS has sought to do on a bipartisan basis under chairs from both parties.I am looking forward to working with the dedicated men and women of our intelligence community who work so hard to protect Australia and our citizens.The PJCIS has ensured that Australia’s security agencies have the necessary resources and powers to combat the threat of terrorism whilst also safeguarding the rights and freedoms of all Australians. It has also helped protect Australia’s democracy from the threats of foreign interference.Given the powers they have been granted, strong parliamentary oversight of security agencies is essential in a democracy.In addition to the vital legislation that the committee will consider this year, the inquiries into extremist movements and radicalism, and national security in higher education will be particularly important. We must ensure that violent extremism does not take hold in Australia, and that our universities have robust policies in place to protect their researchers and students from foreign coercion and influence.