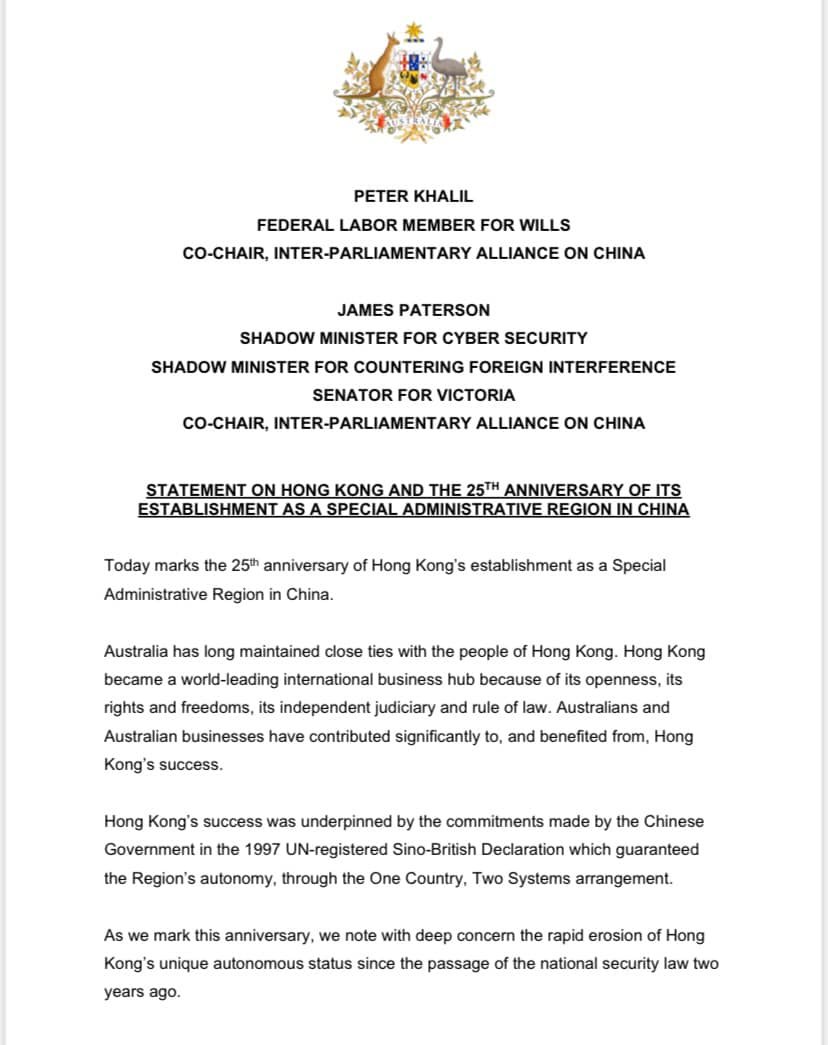 Australia has long maintained close ties with the people of Hong Kong. Hong Kong became a world-leading international business hub because of its openness, its rights and freedoms, its independent judiciary and rule of law. Australians and Australian businesses have contributed significantly to, and benefited from, Hong Kong’s success.

Hong Kong’s success was underpinned by the commitments made by the Chinese Government in the 1997 UN-registered Sino-British Declaration which guaranteed the Region’s autonomy, through the One Country, Two Systems arrangement.

As we mark this anniversary, we note with deep concern the rapid erosion of Hong Kong’s unique autonomous status since the passage of the national security law two years ago.

During this period there has been a direct undermining of the One Country, Two Systems arrangement including the diminishment of the rule of law, democratic rights and freedoms, including the right to freedom of expression and the independence of the judiciary. We have seen an alarming pattern of suppression; arrests of pro-democracy figures, and their prosecutions under the national security law, as well as the curtailing of Hong Kong’s independent legislative authority.

Hong Kong has held a special place for many Australians as a city of vibrant culture, commerce and civic freedoms.

The people of Hong Kong have shown immense courage in striving to protect and uphold the freedoms that have enabled their prosperity and stability over generations.

We once again urge the Chinese Government to uphold and protect human rights and freedoms and fulfill their commitments made before handover.