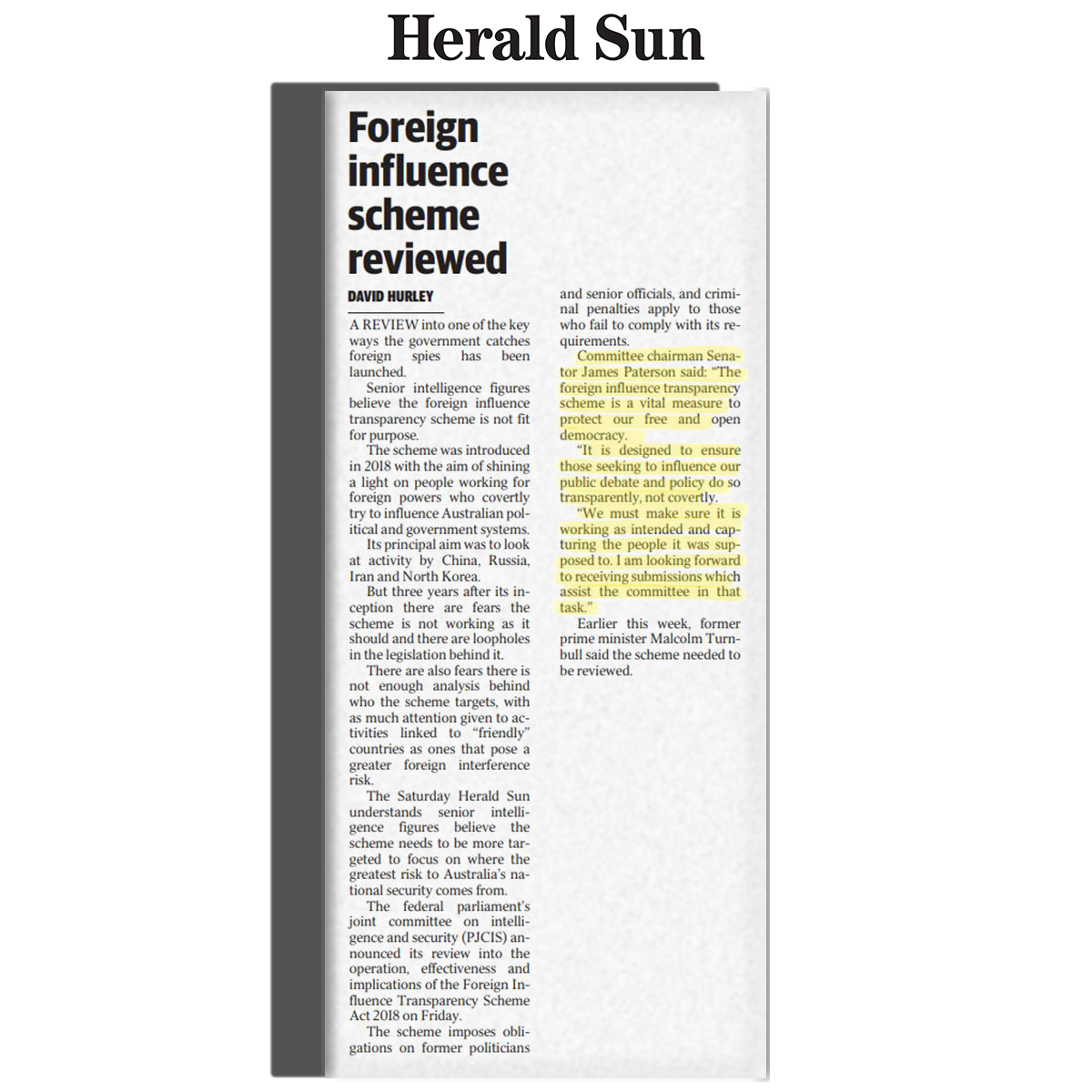 A review into one of the key ways the government catches foreign spies has been launched.

The scheme was introduced in 2018 with the aim of shining a light on people working for foreign powers who covertly try to influence Australian political and government systems.

Its principal aim was to look at activity by China, Russia, Iran and North Korea.

But three years after its inception there are fears the scheme is not working as it should and there are loopholes in the legislation behind it.

There are also fears there is not enough analysis behind who the scheme targets, with as much attention given to activities linked to “friendly” countries as ones which pose a greater foreign interference risk.

The Saturday Herald Sun understands senior intelligence figures believe the scheme needs to be more targeted to focus on where the greatest risk to Australia’s national security comes from.

The federal parliament’s joint committee on intelligence and security (PJCIS) announced its review into the operation, effectiveness and implications of the Foreign Influence Transparency Scheme Act 2018 on Friday.

The scheme imposes obligations on former politicians and senior officials, and criminal penalties apply to those who fail to comply with its requirements.

Senator James Paterson, chair of the committee, said: “The foreign influence transparency scheme is a vital measure to protect our free and open democracy.

“It is designed to ensure those seeking to influence our public debate and policy do so transparently, not covertly.

“We must make sure it is working as intended and capturing the people it was supposed to.

“I am looking forward to receiving submissions which assist the committee in that task.”

It has previously been slammed for not capturing covert foreign agents and instead making harmless people such as think tanks and lobbyists register.

It has also been criticised for targeting former politicians speaking at public events.

Mr Turnbull registered himself after he spoke at a South Korean-backed forum.

Submissions to the inquiry into the scheme are open until November 29.