China to Tik yes for your data 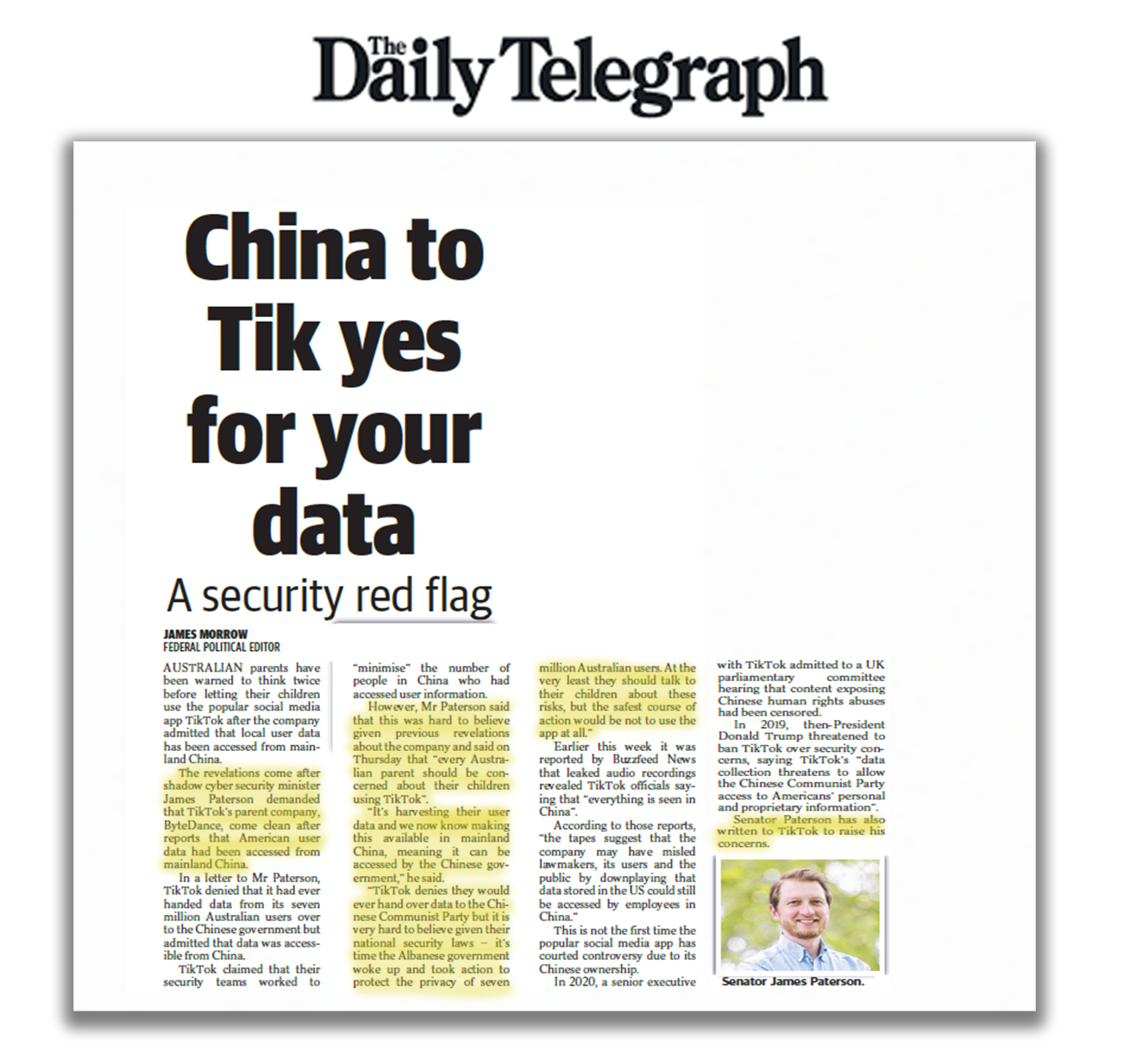 Australian parents have been warned to think twice ­before letting their children use the popular social media app TikTok after the company admitted that local user data has been accessed from mainland China.

In a letter to Mr Paterson, TikTok denied that it had ever handed data from its seven million Australian users over to the Chinese government but admitted that data was accessible from China.

TikTok claimed that their security teams worked to “minimise” the number of ­people in China who had ­accessed user information.

However, Mr Paterson said that this was hard to believe given previous revelations about the company and said on Thursday that “every Australian parent should be concerned about their children using TikTok”.

“It’s harvesting their user data and we now know making this available in mainland China, meaning it can be ­accessed by the Chinese government,” he said.

“TikTok denies they would ever hand over data to the Chinese Communist Partybut it is very hard to believe given their national security laws – it’s time the Albanese government woke up and took action to protect the privacy of seven million Australian users. At the very least they should talk to their children about these risks, but the safest course of action would be not to use the app at all.”

Earlier this week it was ­reported by Buzzfeed News that leaked audio recordings revealed TikTok officials saying that “everything is seen in China”.

According to those reports, “the tapes suggest the company may have misled lawmakers, its users and the public by downplaying that data stored in the US could still be accessed by employees in China.”

This is not the first time the popular social media app has courted controversy due to its Chinese ownership.

In 2020, a senior executive with TikTok admitted to a UK parliamentary committee hearing that content exposing Chinese human rights abuses had been censored.

Senator Paterson has also written to TikTok to raise his concerns.