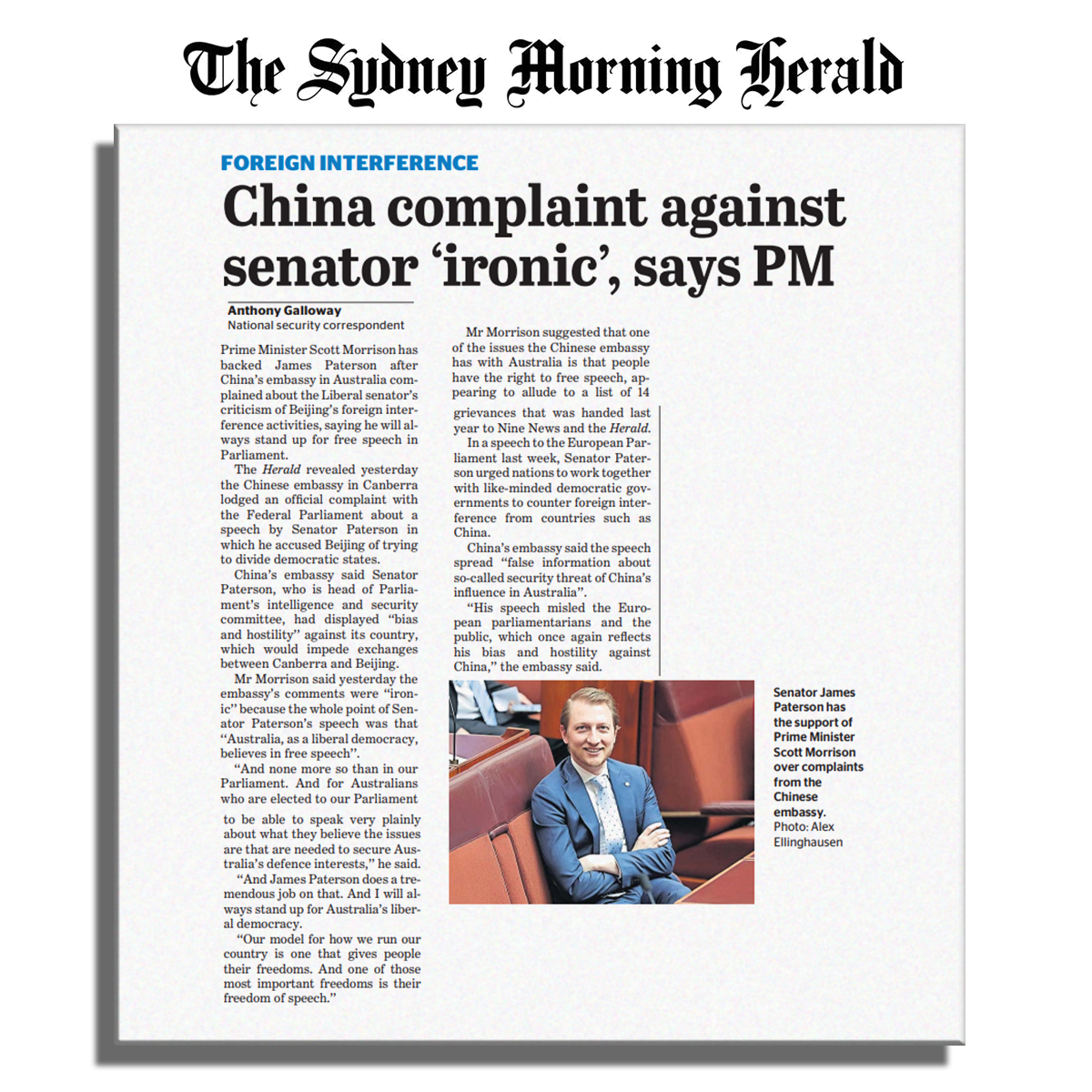 Prime Minister Scott Morrison has backed James Paterson after China’s embassy in Australia complained about the Liberal senator’s criticism of Beijing’s foreign interference activities, saying he will always stand up for free speech in Parliament.

The Herald revealed yesterday the Chinese embassy in Canberra lodged an official complaint with the Federal Parliament about a speech by Senator Paterson in which he accused Beijing of trying to divide democratic states.China’s embassy said Senator Paterson, who is head of Parliament’s intelligence and security committee, had displayed ‘‘bias and hostility’’ against its country,which would impede exchanges between Canberra and Beijing.

Mr Morrison said yesterday the embassy’s comments were ‘‘ironic’’ because the whole point of Senator Paterson’s speech was that‘‘Australia, as a liberal democracy,believes in free speech’’.‘‘And none more so than in our Parliament.

And for Australians who are elected to our Parliament to be able to speak very plainly about what they believe the issues are that are needed to secure Australia’s defence interests,’’ he said.‘‘And James Paterson does a tremendous job on that. And I will always stand up for Australia’s liberal democracy.‘‘Our model for how we run our country is one that gives people their freedoms. And one of those most important freedoms is their freedom of speech.’’

Mr Morrison suggested that one of the issues the Chinese embassy has with Australia is that people have the right to free speech, appearing to allude to a list of 14 grievances that was handed last year to Nine News and the Herald.

In a speech to the European Parliament last week, Senator Paterson urged nations to work together with like-minded democratic governments to counter foreign interference from countries such as China. China’s embassy said the speech spread ‘‘false information about so-called security threat of China’s influence in Australia’’.

‘‘His speech misled the European parliamentarians and the public, which once again reflects his bias and hostility against China,’’ the embassy said.