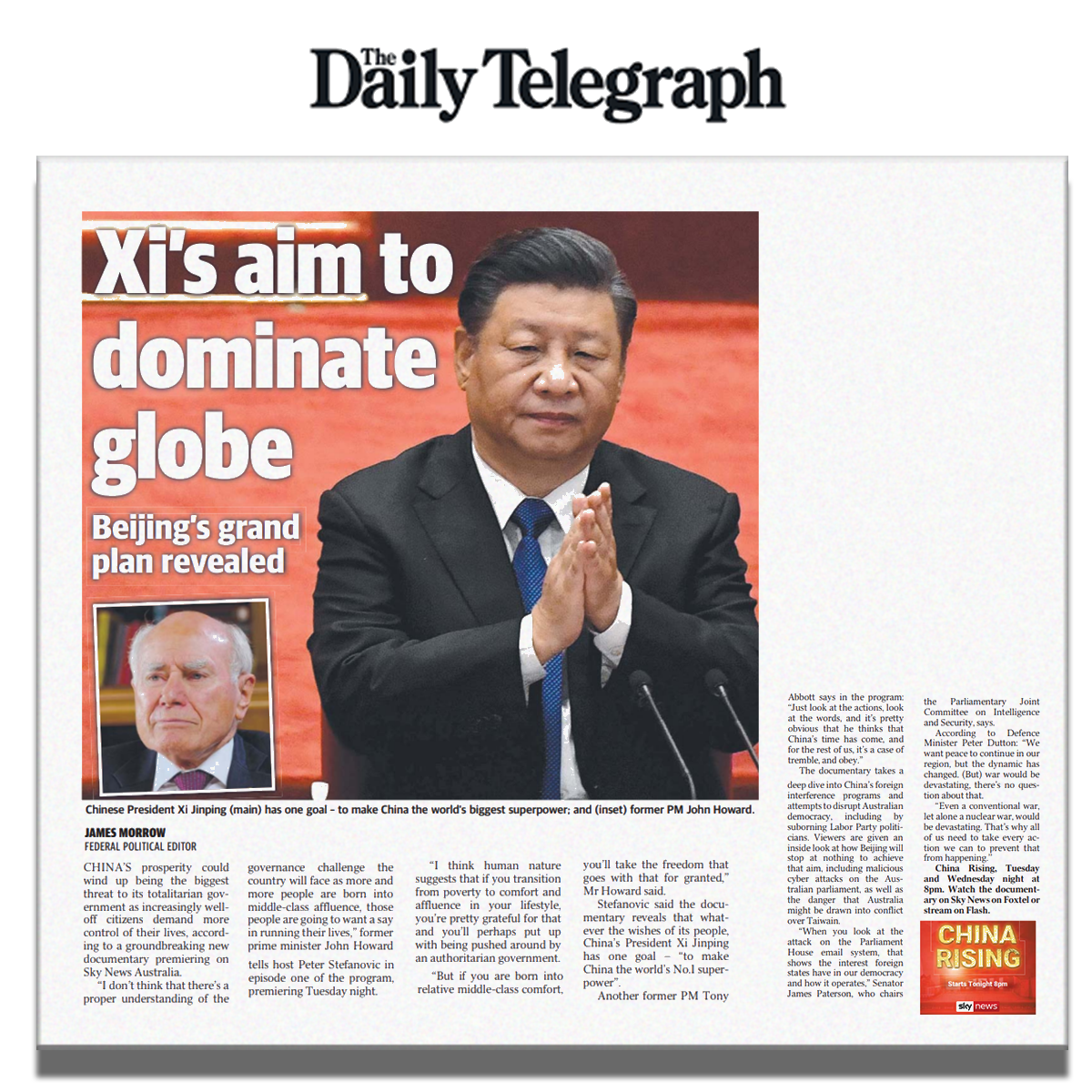 China’s prosperity could wind up being the biggest threat to its totalitarian government as increasingly well-off citizens demand more control of their lives, according to a groundbreaking new documentary premiering on Sky News Australia.

“I don’t think that there’s a proper understanding of the governance challenge the country will face as more and more people are born into middle-class affluence, those people are going to want a say in running their lives,” former prime minister John Howard tells host Peter Stefanovic in episode one of the program, premiering Tuesday night.

“I think human nature suggests that if you transition from poverty to comfort and affluence in your lifestyle, you’re pretty grateful for that and you’ll perhaps put up with being pushed around by an authoritarian government.

“But if you are born into relative middle-class comfort, you’ll take the freedom that goes with that for granted,” Mr Howard said.

Stefanovic said the documentary reveals that whatever the wishes of its people, China’s President Xi Jinping has one goal – “to make China the world’s No.1 superpower”.

Another former PM Tony Abbott says in the program: “Just look at the actions, look at the words, and it’s pretty obvious that he thinks that China’s time has come, and for the rest of us, it’s a case of tremble, and obey.”

The documentary takes a deep dive into China’s foreign interference programs and ­attempts to disrupt Australian democracy, including by ­suborning Labor Party politicians.

Viewers are given an ­inside look at how Beijing will stop at nothing to achieve that aim, including malicious cyber attacks on the Aus­tralian parliament, as well as the danger that Australia might be drawn into conflict over Taiwain.

“When you look at the ­attack on the Parliament House email system, that shows the interest foreign states have in our democracy and how it operates,” Senator James Paterson, who chairs the Parliamentary Joint Committee on Intelligence and Security, says.

According to Defence Minister Peter Dutton: “We want peace to continue in our region, but the dynamic has changed. (But) war would be devastating, there’s no question about that.

“Even a conventional war, let alone a nuclear war, would be devastating. That’s why all of us need to take every action we can to prevent that from happening.’’

China Rising, Tuesday and Wednesday night at 8pm. Watch the documentary on Sky News on Foxtel or stream on Flash.