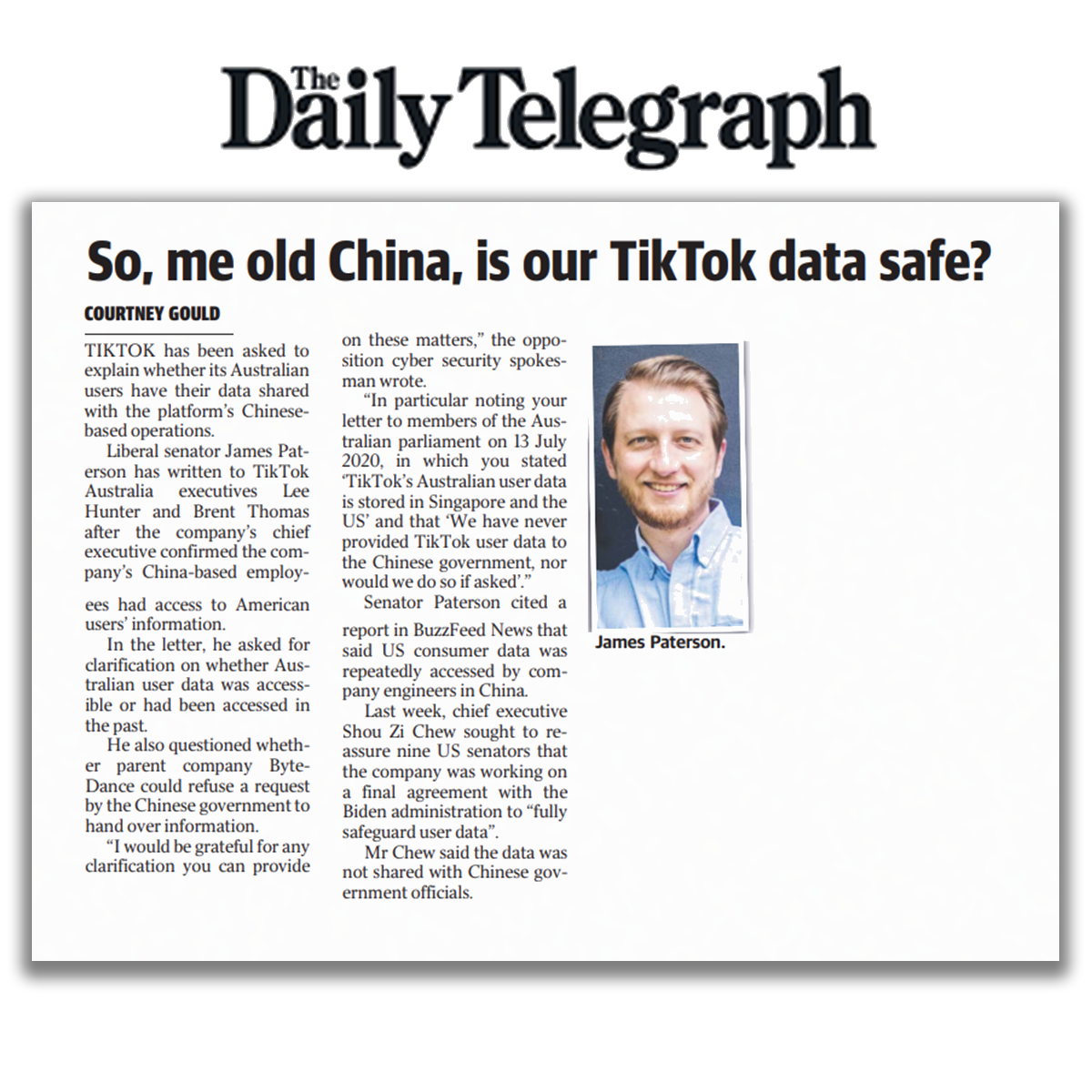 TikTok has been asked to explain whether its Australian users have their data shared with its Chinese-based operations.

In the letter, he asked for clarification on whether Australian user data was accessible or had been accessed in the past and questioned whether parent company ByteDance could refuse a request by the Chinese government to hand over information.

“I would be grateful for any clarification you can provide on these matters,” the opposition cyber security spokesman wrote.

“In particular noting your letter to members of the Australian parliament on 13 July 2020, in which you stated ‘TikTok’s Australian user data is stored in Singapore and the United States’ and that ‘We have never provided TikTok user data to the Chinese government, nor would we do so if asked’.”

Senator Paterson cited a report in BuzzFeed News that said US consumer data was repeatedly accessed by company engineers in China.

TikTok is the first social media hit to come out of China and boasts more than one billion active users globally. The US is its largest market.

Last week, chief executive Shou Zi Chew sought to reassure nine US senators that the company was working on a final agreement with the Biden administration to “fully safeguard user data”.

The letter came after the BuzzFeed report raised questions about the accessibility of American consumer information.

It acknowledged that China-based employees could access US user data, such as public videos and video comments, subject to “a series of robust cybersecurity controls” overseen by an American-based security team.

Mr Chew said the data was not shared with Chinese government officials.

The law was a significant consideration in the Turnbull government’s decision to block telco Huawei from Australia’s 5G network.

TikTok was the third most-downloaded app in Australia in 2021 with an estimated reach of more than seven million people.