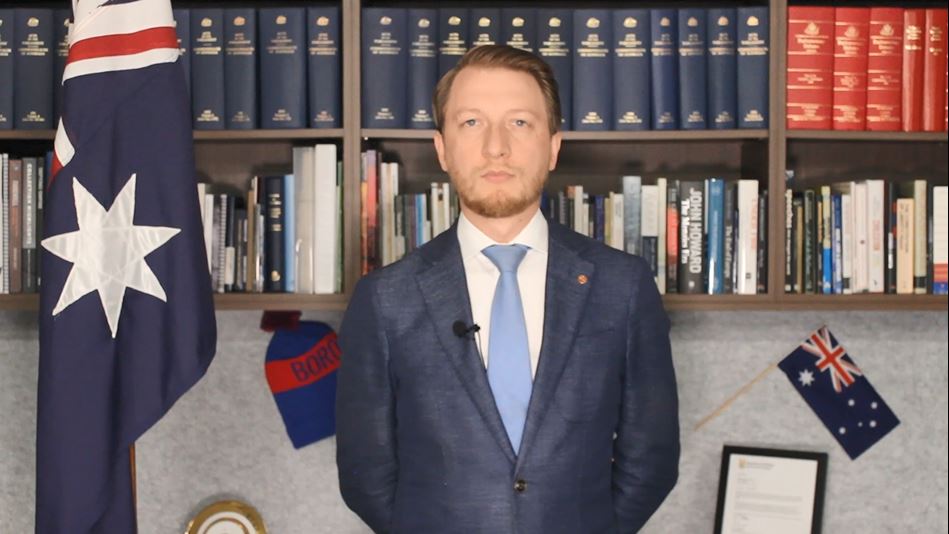 Colleagues it is a great privilege to join you virtually today and congratulate you on your vital report on foreign interference targeting democratic processes in the European Union.

I want to thank you for the opportunity to share some of Australia’s experience combatting the evolving threats posed by foreign interference in our region and commend your Committee on its work in addressing these very serious issues.

It has never been more important for likeminded countries to work together to understand and respond to these threats. There are foreign actors, including foreign intelligence services, who seek to create and then exploit opportunities to interfere with our democratic institutions and decisions of government every day.

Australia has been at the forefront of both acknowledging and responding to these ongoing and challenging threats.

Australia’s Countering Foreign Interference Strategy is the heat of our response. Our strategy applies equally to all nations and is centred around building upon our existing multicultural,cohesive society and our key international partnerships.

However, I should be clear that there as on that Australia commenced down this path was an assessment in 2017 by our intelligence and security agencies that foreign interference in our country was higher than it had ever been in our history – including at the height of the Cold War, and that while not the only source, easily the largest source of that threat for us is China.

Central to the success of the strategy is a coordinated effort across government to ensure our agencies are equipped with the appropriate powers, effective laws, and the right resources to tackle interference wherever it presents.

In December 2017 we created the Department of Home Affairs to bring together our key intelligence, law enforcement and national security agencies under one roof to lead a coordinated response to these threats.

Australia’s main response to foreign interference was the National Security Legislation Amendment (Espionage and Foreign Interference) Act 2018 which criminalises covert and deceptive activities of foreign actors that intend to interfere with Australia’s institutions of democracy, or support the intelligence activities of a foreign government.

Further to this the Foreign Influence Transparency Scheme was also introduced in 2018. The purpose of the scheme is to provide the public with visibility of the nature, level, and extent of foreign influence on Australia's government and politics. Individuals or entities are required to register certain activities under the scheme if they are taken on behalf of a foreign principal. The type of activities captured under the scheme include political lobbying, communications activities, and general financial disbursement activity.

In August 2018, the Australian Government took action to secure our digital sovereignty by banning Huawei and other high-risk vendors with close connections to the Chinese Communist Party from providing 5G mobile network technology in Australia, underscoring our commitment to ensuring our critical infrastructure is not subject to unauthorised accessor interference. That year we also banned foreign political donations to Australian political parties after a series of scandals linked to Chinese-national donors.

The Australian Government has further recently underscored its commitment so safeguarding the sovereignty of the nation and its institutions by passing what has come to be known as the Foreign Relations Act. This vital piece of legislation imposes obligations upon public universities, local councils and state governments to notify the federal government of written arrangements with foreign entities. Further, it empowers the federal government to ultimately terminate arrangements it deems to being consistent with Australia’s foreign policy or may adversely impact Australia’s foreign relations. This is aimed at counter-acting a strategy by authoritarian states, most notably China with its Belt and Road Deal, to seek to divide us internally between different levels of government.

Central to the government’s focus on combatting these serious challenges has been the strong, bipartisan nature of the Parliamentary Joint Committee on Intelligence and Security, of which I have Chaired since January 2021. Importantly the committee has provided critical support for much of the vital legislation I have already mentioned. We are currently finalising a landmark review into foreign interference threats within our higher education and research sectors. I look forward to sharing more details of our findings soon, but this sector is certainly not the only one that requires close attention in the context of foreign interference.

Foreign interference comes from many different sources and it is so critically important that as democracies we recognise the threats and that we do everything we can to combat these threats.They will only continue to evolve and grown in complexity as technology advances and so does the capability of those who seek to do us harm.

I want to commend the European Parliament’s Committee on Foreign Interference and Disinformation for hosting todays meeting, and for bringing together like-minded democratic nations so that we can all share our own experiences to better refine and target our responses.

It has never been more important that we work collaboratively to tackle these threats from a united position.