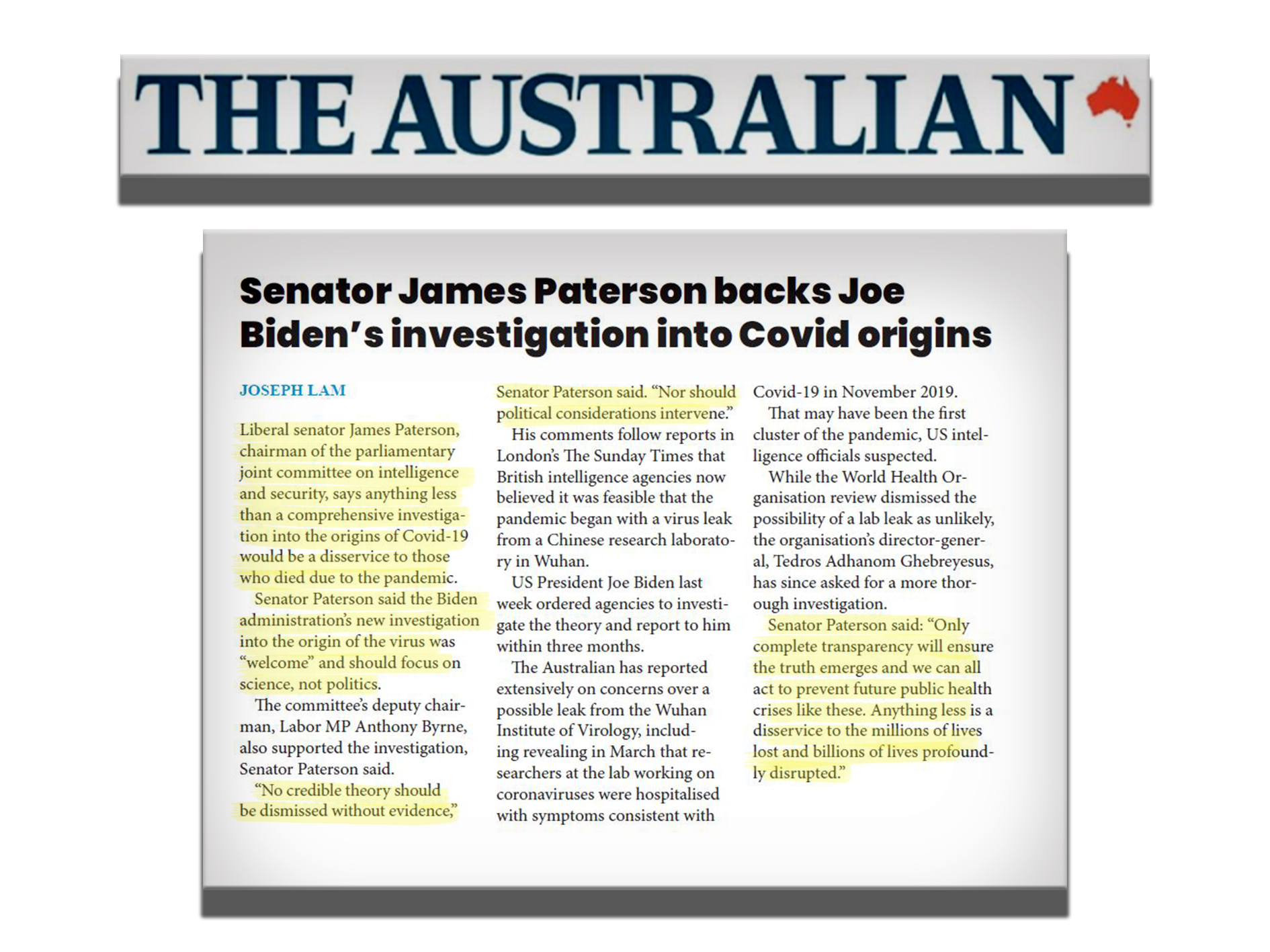 Liberal senator James Paterson, chairman of the parliamentary joint committee on intelligence and security, says anything less than a comprehensive investigation into the origins of Covid-19 would be a disservice to those who died due to the pandemic.

Senator Paterson said the Biden administration’s new investigation into the origin of the virus was “welcome” and should focus on science, not politics.

“No credible theory should be dismissed without evidence,” Senator Paterson said. “Nor should political considerations intervene.”

His comments follow reports in London’s The Sunday Times that British intelligence agencies now believed it was feasible that the pandemic began with a virus leak from a Chinese research laboratory in Wuhan.

US President Joe Biden last week ordered agencies to investigate the theory and report to him within three months.

The Australian has reported extensively on concerns over a possible leak from the Wuhan Institute of Virology, including revealing in March that researchers at the lab working on coronaviruses were hospitalised with symptoms consistent with Covid-19 in November 2019.

That may have been the first cluster of the pandemic, US intelligence officials suspected.

While the World Health Organisation review dismissed the possibility of a lab leak as unlikely, the organisation’s director-general, Tedros Adhanom Ghebreyesus, has since asked for a more thorough investigation.

Senator Paterson said: “Only complete transparency will ensure the truth emerges and we can all act to prevent future public health crises like these. Anything less is a disservice to the millions of lives lost and billions of lives profoundly disrupted.”