Police set to get power to take over social media accounts 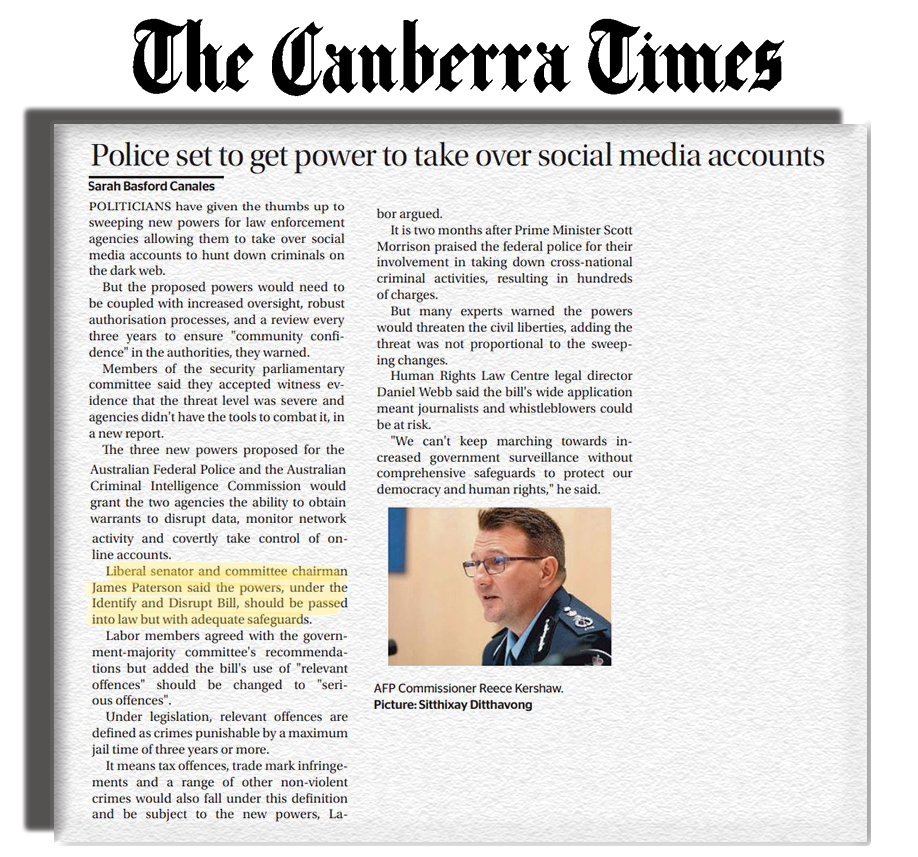 Politicians have given the thumbs up to sweeping new powers for law enforcement agencies allowing them to take over social media accounts to hunt down criminals on the dark web.

But the proposed powers would need to be coupled with increased oversight, robust authorisation processes, and a review every three years to ensure "community confidence" in the authorities, they warned.

Members of the security parliamentary committee said they accepted witness evidence that the threat level was severe and agencies didn't have the tools to combat it, in a new report.

The three new powers proposed for the Australian Federal Police and the Australian Criminal Intelligence Commission would grant the two agencies the ability to obtain warrants to disrupt data, monitor network activity and covertly take control of online accounts.

Liberal senator and committee chairman James Paterson said the powers, under the Identify and Disrupt Bill, should be passed into law but with adequate safeguards.

"The new warrants will give our law enforcement agencies effective powers to enable swift and decisive action against the rising challenge of serious online crime," Senator Paterson said.

"However, the committee also recommends increased oversight, more prescription in the offences the warrants are able to target and a more robust authorisation process for the warrants to give the community confidence they will only used for their intended purpose."

Labor members agreed with the government-majority committee's recommendations but added the bill's use of "relevant offences" should be changed to "serious offences".

Under legislation, relevant offences are defined as crimes punishable by a maximum jail time of three years or more.

It means tax offences, trade mark infringements and a range of other non-violent crimes would also fall under this definition and be subject to the new powers, Labor argued.

It is two months after Prime Minister Scott Morrison praised the federal police for their involvement in taking down cross-national criminal activities.

But many experts warned the powers would threaten the civil liberties, adding the threat was not proportional to the sweeping changes.

Human Rights Law Centre legal director Daniel Webb told The Canberra Times the bill's wide application meant anyone with a WhatsApp account, criminal or not, could be watched.

"We can't keep marching towards increased government surveillance without comprehensive safeguards to protect our democracy and human rights," he said.