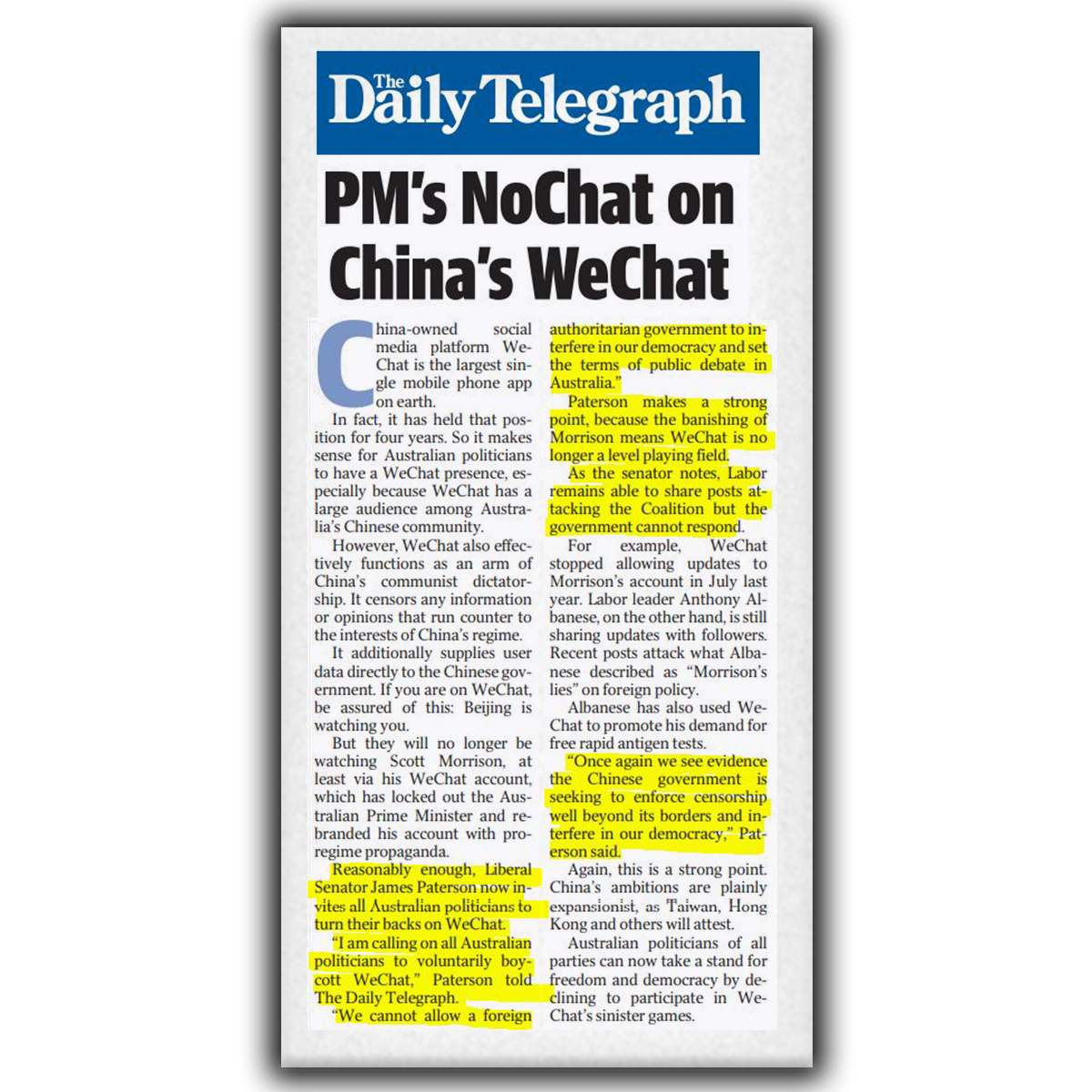 In fact, it has held that position for four years. So it makes sense for Australian politicians to have a WeChat presence, especially because WeChat has a large audience among Australia’s Chinese community.

However, WeChat also effectively functions as an arm of China’s communist dictatorship. It censors any information or opinions that run counter to the interests of China’s regime.

It additionally supplies user data directly to the Chinese government. If you are on WeChat, be assured of this: Beijing is watching you.

But they will no longer be watching Scott Morrison, at least via his WeChat account, which has locked out the Australian Prime Minister and rebranded his account with pro-regime propaganda.

“I am calling on all Australian politicians to voluntarily boycott WeChat,” Paterson told The Daily Telegraph.

“We cannot allow a foreign authoritarian government to interfere in our democracy and set the terms of public debate in Australia.”

Paterson makes a strong point, because the banishing of Morrison means WeChat is no longer a level playing field.

As the senator notes, Labor remains able to share posts attacking the Coalition but the government cannot respond.

Labor leader Anthony Albanese, on the other hand, is still sharing updates with followers.

“Once again we see evidence the Chinese government is seeking to enforce censorship well beyond its borders and interfere in our democracy,” Paterson said.

Again, this is a strong point. China’s ambitions are plainly expansionist, as Taiwan, Hong Kong and others will attest.

Australian politicians of all parties can now take a stand for freedom and democracy by declining to participate in WeChat’s sinister games.