No needless burden for unis: Paterson 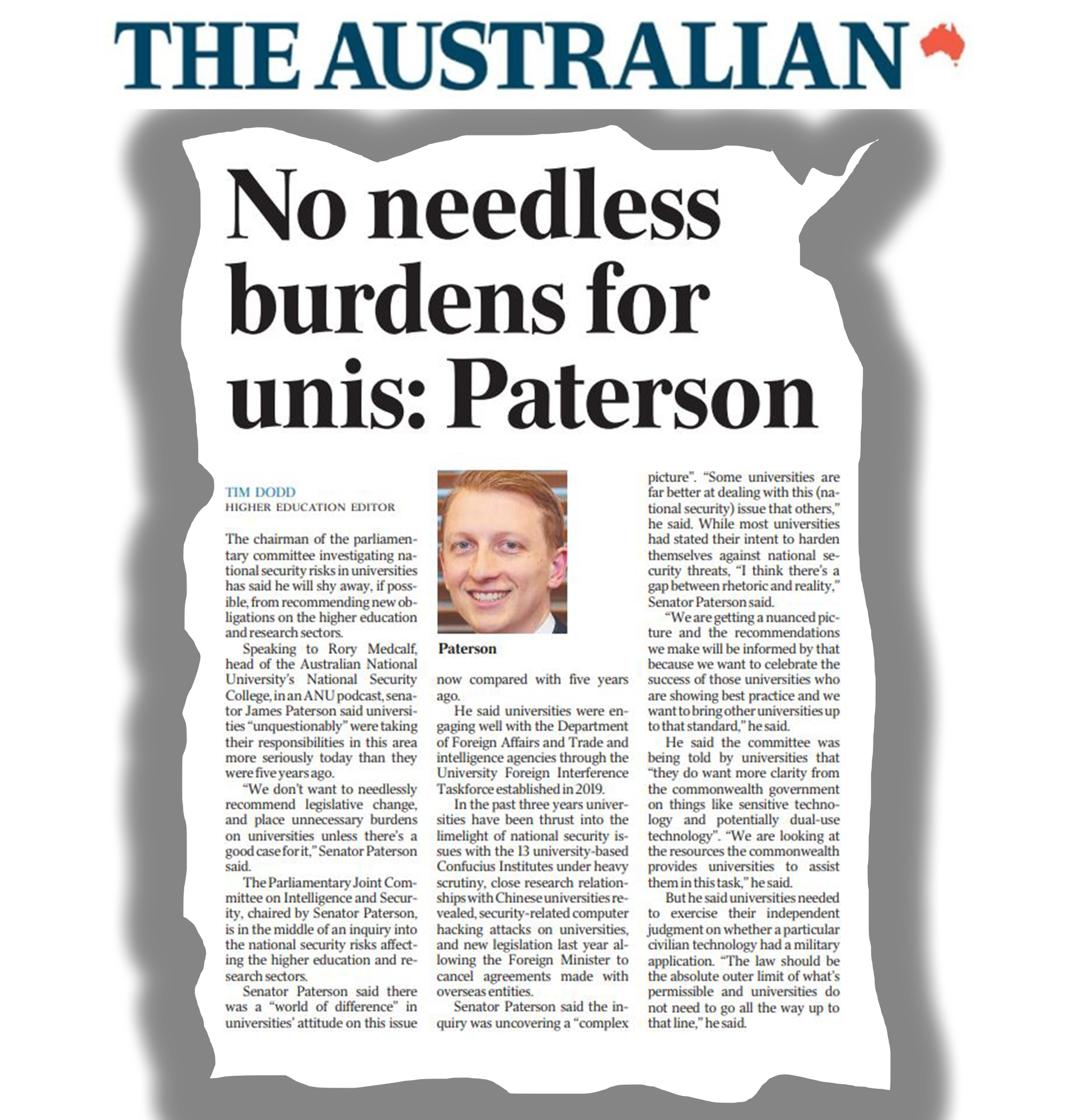 The chairman of the parliamentary committee investigating national security risks in universities has said he will shy away, if possible, from recommending new obligations on the higher education and research sectors.

Speaking to Rory Medcalf, head of the Australian National University’s National Security College, in an ANU podcast, senator James Paterson said universities “unquestionably” were taking their responsibilities in this area more seriously today than they were five years ago.

“We don’t want to needlessly recommend legislative change, and place unnecessary burdens on universities unless there’s a good case for it,” Senator Paterson said.

The Parliamentary Joint Committee on Intelligence and Security, chaired by Senator Paterson, is in the middle of an inquiry into the national security risks affecting the higher education and research sectors.

Senator Paterson said there was a “world of difference” in universi­ties’ attitude on this issue now compared with five years ago.

He said universities were engaging well with the Department of Foreign Affairs and Trade and intelligence agencies through the University Foreign Interference Taskforce established in 2019.

In the past three years universities have been thrust into the limelight of national security issues with the 13 university-based Confucius Institutes under heavy scrutiny, close research relationships with Chinese universities revealed, security-related computer hacking attacks on universities, and new legislation last year allowing the Foreign Minister to cancel agreements made with overseas entities.

Senator Paterson said the inquiry was uncovering a “complex picture”. “Some universities are far better at dealing with this (national security) issue that others,” he said. While most universities had stated their intent to harden themselves against national security threats, “I think there’s a gap between rhetoric and reality,” Senator Paterson said.

“We are getting a nuanced picture and the recommendations we make will be informed by that because we want to celebrate the success of those universities who are showing best practice and we want to bring other universities up to that standard,” he said.

But he said universities needed to exercise their independent judgment on whether a particular civilian technology had a military application. “The law should be the absolute outer limit of what’s permissible and universities do not need to go all the way up to that line,” he said.