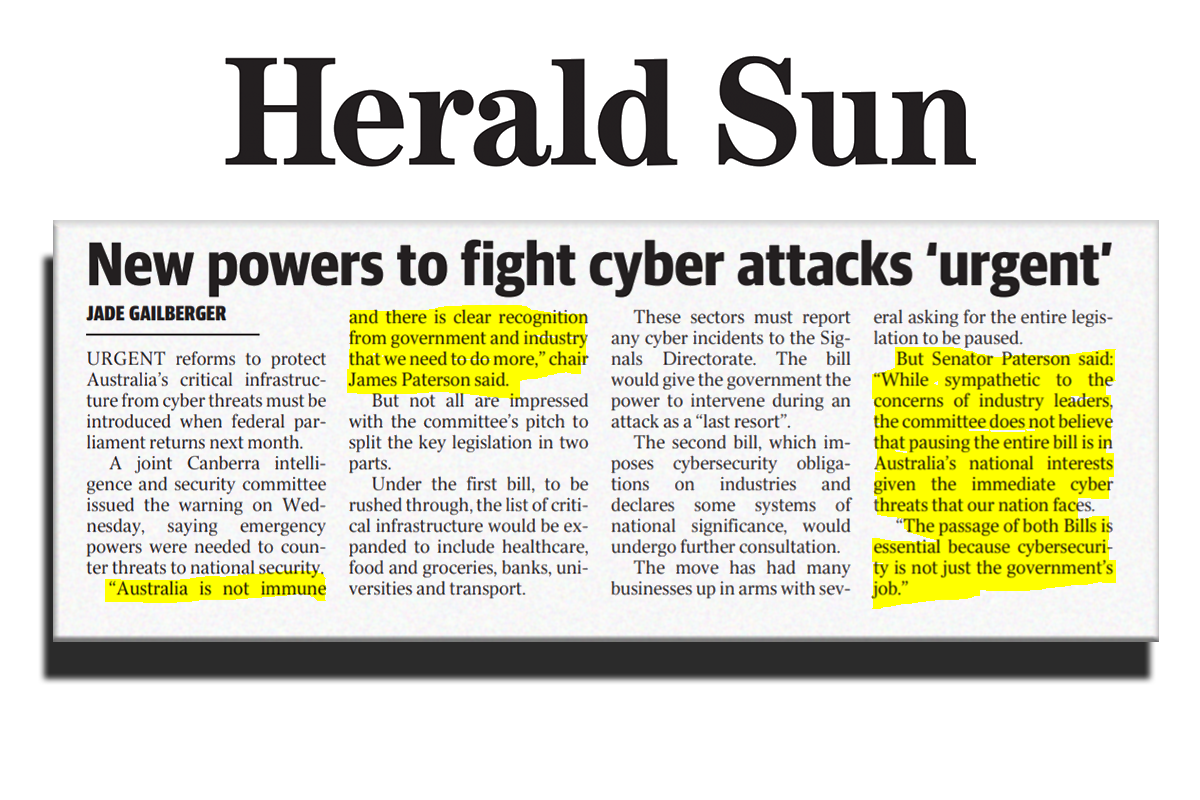 URGENT reforms to protect Australia’s critical infrastructure from cyber threats must be introduced when federal parliament returns next month.

A joint Canberra intelligence and security committee issued the warning on Wednesday, saying emergency powers were needed to counter threats to national security.

“Australia is not immune and there is clear recognition from government and industry that we need to do more,” chair James Paterson said.But not all are impressed with the committee’s pitch to split the key legislation in two parts.

Under the first bill, to be rushed through, the list of critical infrastructure would be expanded to include healthcare,food and groceries, banks, universities and transport. These sectors must report any cyber incidents to the Signals Directorate.

The bill would give the government the power to intervene during an attack as a “last resort”. The second bill, which imposes cyber security obligations on industries and declares some systems of national significance, would undergo further consultation.

The move has had many businesses up in arms with several asking for the entire legislation to be paused.But Senator Paterson said: “While sympathetic to the concerns of industry leaders,the committee does not believe that pausing the entire bill is in Australia’s national interests given the immediate cyber threats that our nation faces.“

The passage of both Bills is essential because cyber security is not just the government’s job.”