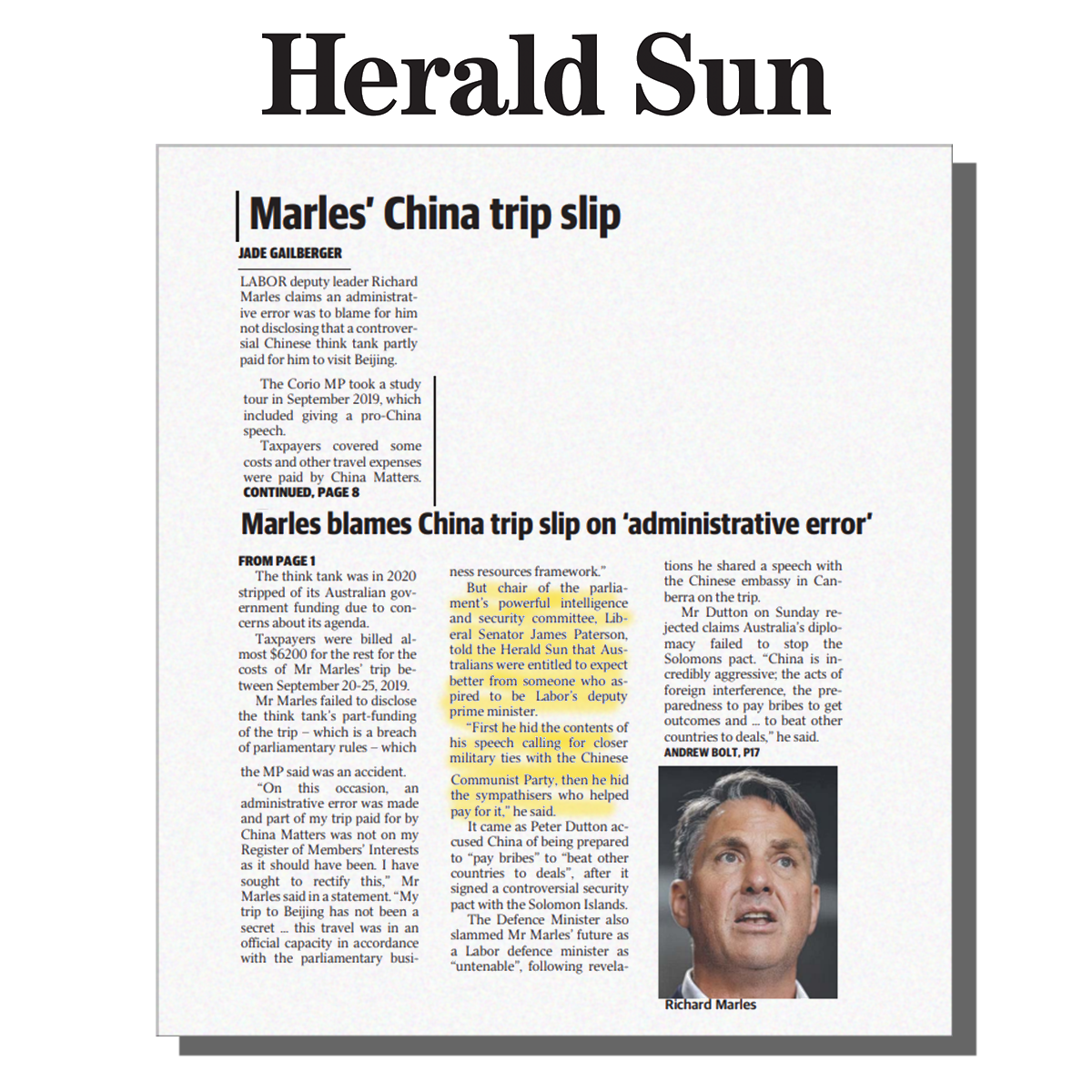 LABOR deputy leader Richard Marles claims an administrative error was to blame for him not disclosing that a controversial Chinese think tank partly paid for him to visit Beijing.

The Corio MP took a study tour in September 2019, which included giving a pro-China speech.

Taxpayers covered some costs and other travel expenses were paid by China Matters.

The think tank was in 2020 stripped of its Australian government funding due to concerns about its agenda.

Mr Marles failed to disclose the think tank’s part-funding of the trip – which is a breach of parliamentary rules – which the MP said was an accident.

“On this occasion, an administrative error was made and part of my trip paid for by China Matters was not on my Register of Members’ Interests as it should have been. I have sought to rectify this,” Mr Marles said in a statement. “My trip to Beijing has not been a secret ... this travel was in an official capacity in accordance with the parliamentary business resources framework.”

But chair of the parliament’s powerful intelligence and security committee, Liberal Senator James Paterson, told the Herald Sun that Australians were entitled to expect better from someone who aspired to be Labor’s deputy prime minister.

“First he hid the contents of his speech calling for closer military ties with the Chinese Communist Party, then he hid the sympathisers who helped pay for it,” he said.

It came as Peter Dutton accused China of being prepared to “pay bribes” to “beat other countries to deals”, after it signed a controversial security pact with the Solomon Islands.

The Defence Minister also slammed Mr Marles’ future as a Labor defence minister as “untenable”, following revelations he shared a speech with the Chinese embassy in Canberra on the trip.

Mr Dutton on Sunday rejected claims Australia’s diplomacy failed to stop the Solomons pact. “China is incredibly aggressive; the acts of foreign interference, the preparedness to pay bribes to get outcomes and ... to beat other countries to deals,” he said.