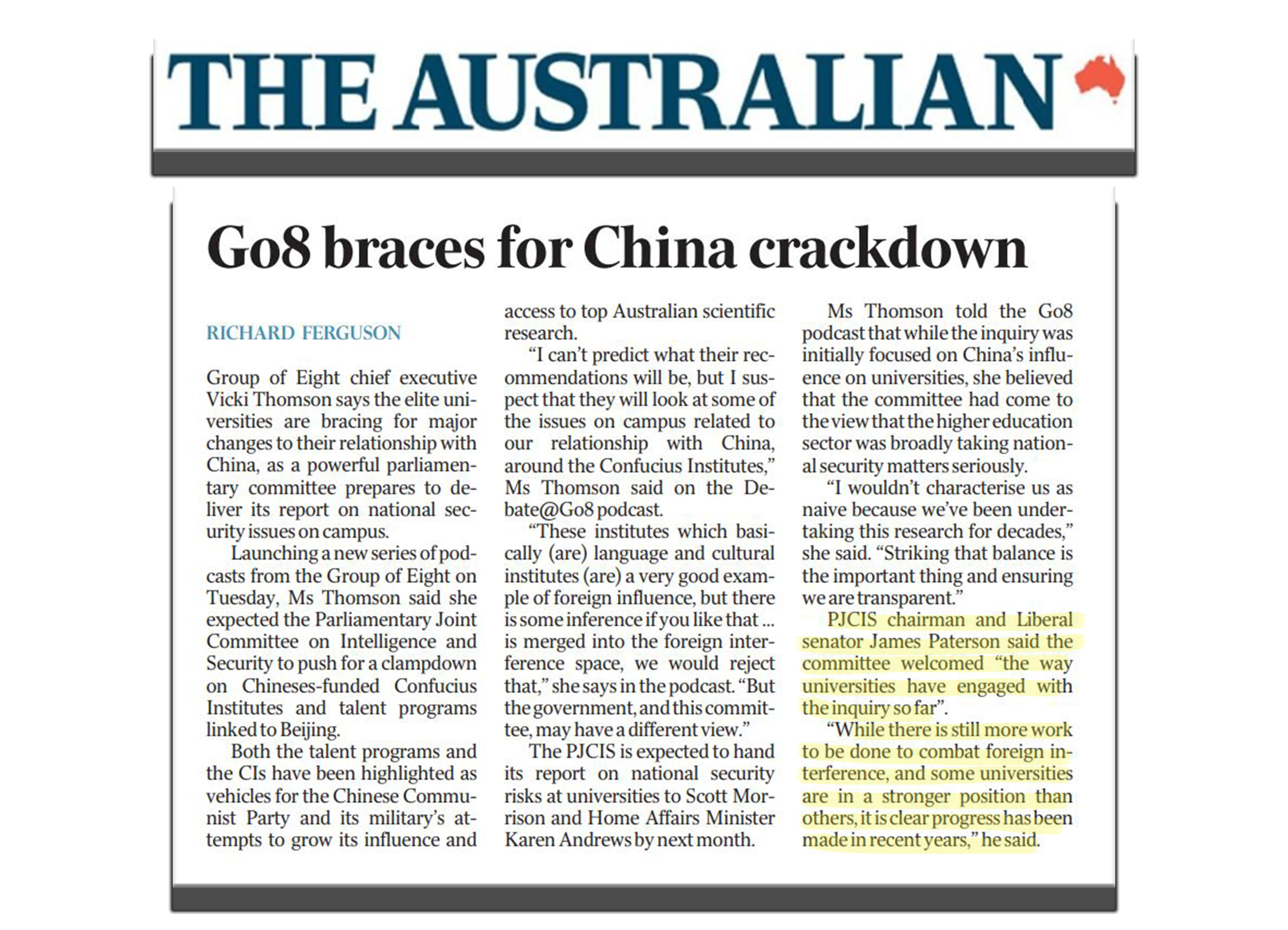 Group of Eight chief executive Vicki Thomson says the elite universities are bracing for major changes to their relationship with China, as a powerful parliamentary committee prepares to deliver its report on national sec­urity issues on campus.

Launching a new series of podcasts from the Group of Eight on Tuesday, Ms Thomson said she expected the Parliamentary Joint Committee on Intelligence and Security to push for a clampdown on Chinese-funded Confucius Institutes and talent programs linked to Beijing.

Both the talent programs and the CIs have been highlighted as vehicles for the Chinese Communist Party and its military’s attempts to grow its influence and access to top Australian scientific research.

“I can’t predict what their recommendations will be, but I suspect that they will look at some of the issues on campus related to our relationship with China, around the Confucius Institutes,” Ms Thomson said on the Debate@Go8 podcast.

“These institutes which basically (are) language and cultural institutes (are) a very good example of foreign influence, but there is some inference if you like that … is merged into the foreign interference space, we would reject that,” she says in the podcast. “But the government, and this committee, may have a different view.”

The PJCIS is expected to hand its report on national security risks at universities to Scott Morrison and Home Affairs Minister Karen Andrews by next month.

Ms Thomson told the Go8 podcast that while the inquiry was initially focused on China’s influence on universities, she believed that the committee had come to the view that the higher education sector was broadly taking national security matters seriously.

“I wouldn’t characterise us as naive because we’ve been undertaking this research for decades,” she said. “Striking that balance is the important thing and ensuring we are transparent.”

PJCIS chairman and Liberal senator James Paterson said the committee welcomed “the way universities have engaged with the inquiry so far”.

“While there is still more work to be done to combat foreign interference, and some universities are in a stronger position than others, it is clear progress has been made in recent years,” he said.