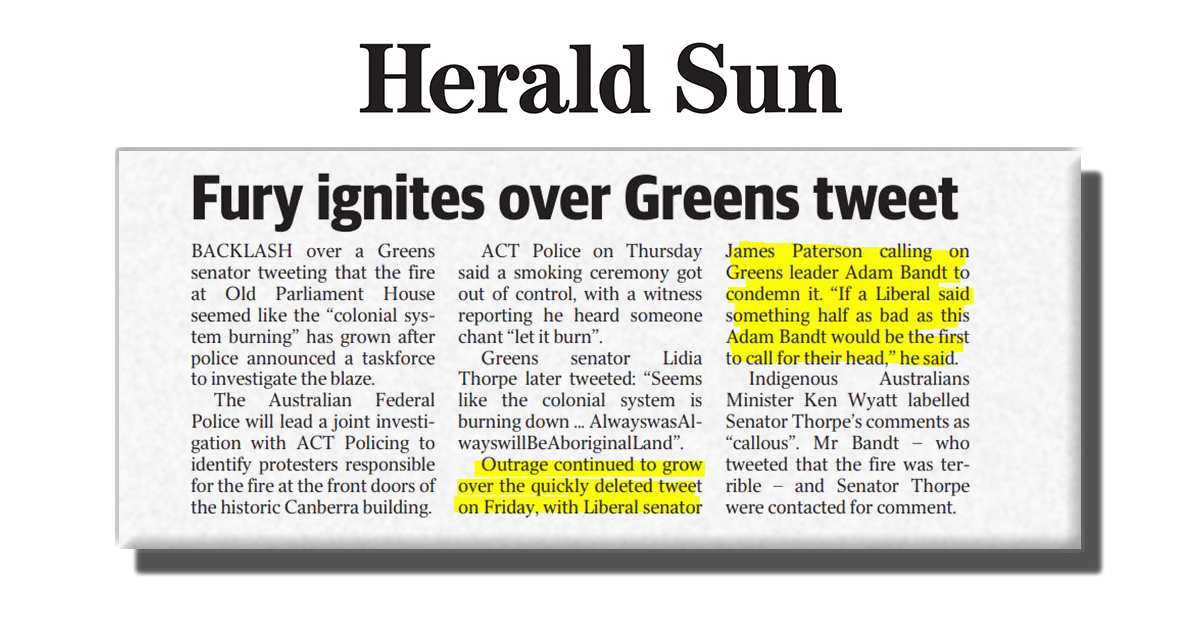 BACKLASH over a Greens senator tweeting that the fire at Old Parliament House seemed like the “colonial system burning” has grown after police announced a taskforce to investigate the blaze.

The Australian Federal Police will lead a joint investigation with ACT Policing to identify protesters responsible for the fire at the front doors of the historic Canberra building.

ACT Police on Thursday said a smoking ceremony got out of control, with a witness reporting he heard someone chant “let it burn”.

Greens senator Lidia Thorpe later tweeted: “Seems like the colonial system is burning down ... Always was Always will Be Aboriginal Land”.

Outrage continued to grow over the quickly deleted tweet on Friday, with Liberal senator James Paterson calling on Greens leader Adam Bandt to condemn it.

“If a Liberal said something half as bad as this Adam Bandt would be the first to call for their head,” he said.