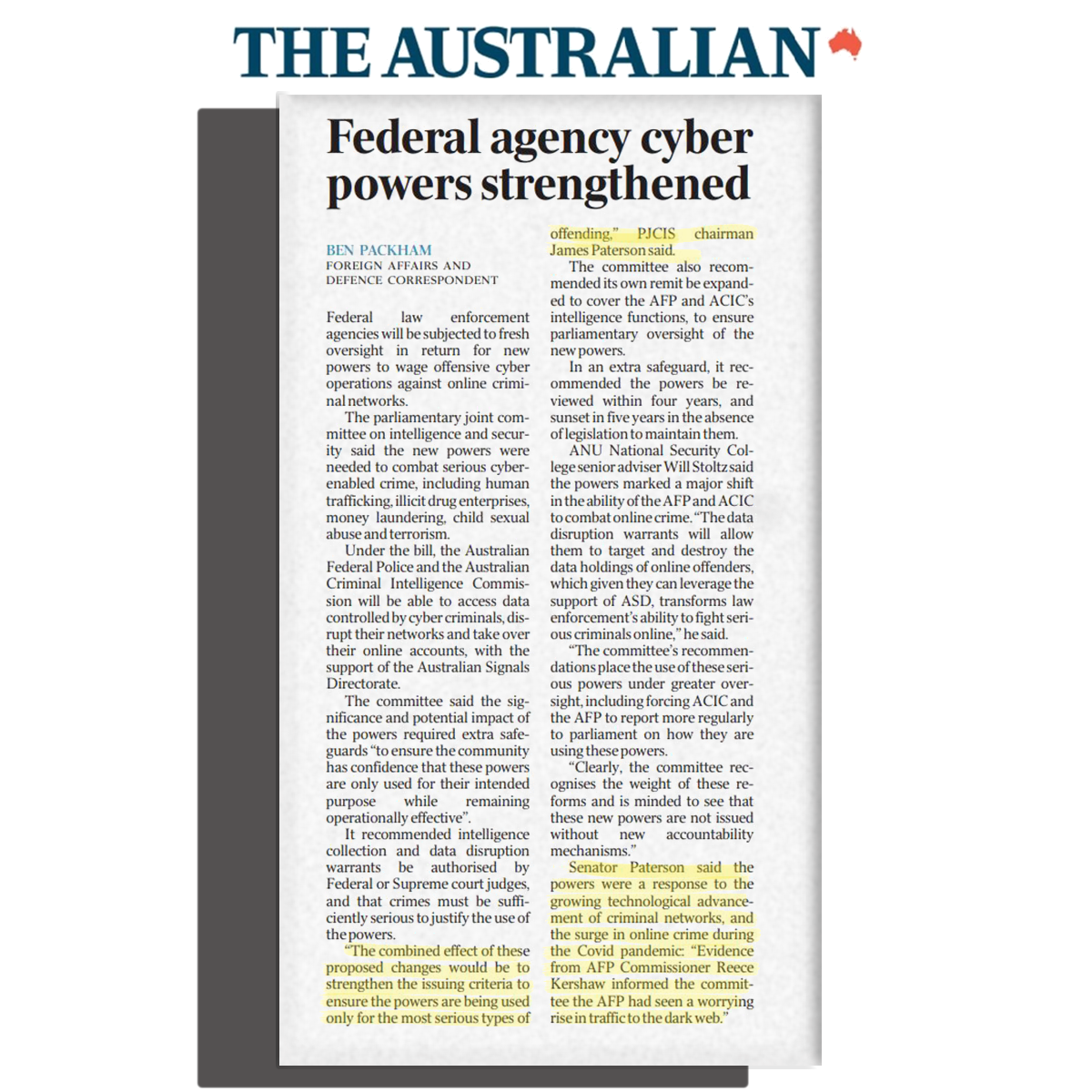 Under the bill, the Australian Federal Police and the Australian Criminal Intelligence Commission will be able to access data controlled by cyber criminals, disrupt their networks and take over their online accounts, with the support of the Australian Signals Directorate.

The committee said the significance and potential impact of the powers required extra safeguards “to ensure the community has confidence that these powers are only used for their intended purpose while remaining ­operationally effective”.

It recommended intelligence collection and data disruption warrants be authorised by ­Federal or Supreme court judges, and that crimes must be sufficiently serious to justify the use of the powers.

“The combined effect of these proposed changes would be to strengthen the issuing criteria to ensure the powers are being used only for the most serious types of offending,” PJCIS chairman James Paterson said.

The committee also recommended its own remit be expanded to cover the AFP and ACIC’s intelligence functions, to ensure parliamentary oversight of the new powers.

In an extra safeguard, it recommended the powers be reviewed within four years, and sunset in five years in the absence of legislation to maintain them.

ANU National Security College senior adviser Will Stoltz said the powers marked a major shift in the ability of the AFP and ACIC to combat online crime. “The data disruption warrants will allow them to target and destroy the data holdings of online offenders, which given they can leverage the support of ASD, transforms law enforcement’s ability to fight serious criminals online,” he said.

“The committee’s recommendations place the use of these serious powers under greater over­sight, including forcing ACIC and the AFP to report more regularly to parliament on how they are using these powers.

“Clearly, the committee recognises the weight of these reforms and is minded to see that these new powers are not issued without new accountability mechanisms.”

Senator Paterson said the powers were a response to the growing technological advancement of criminal networks, and the surge in online crime during the Covid pandemic: “Evidence from AFP Commissioner Reece Kershaw informed the committee the AFP had seen a worrying rise in traffic to the dark web.”