Fears of 'reds under the desks' at our unis 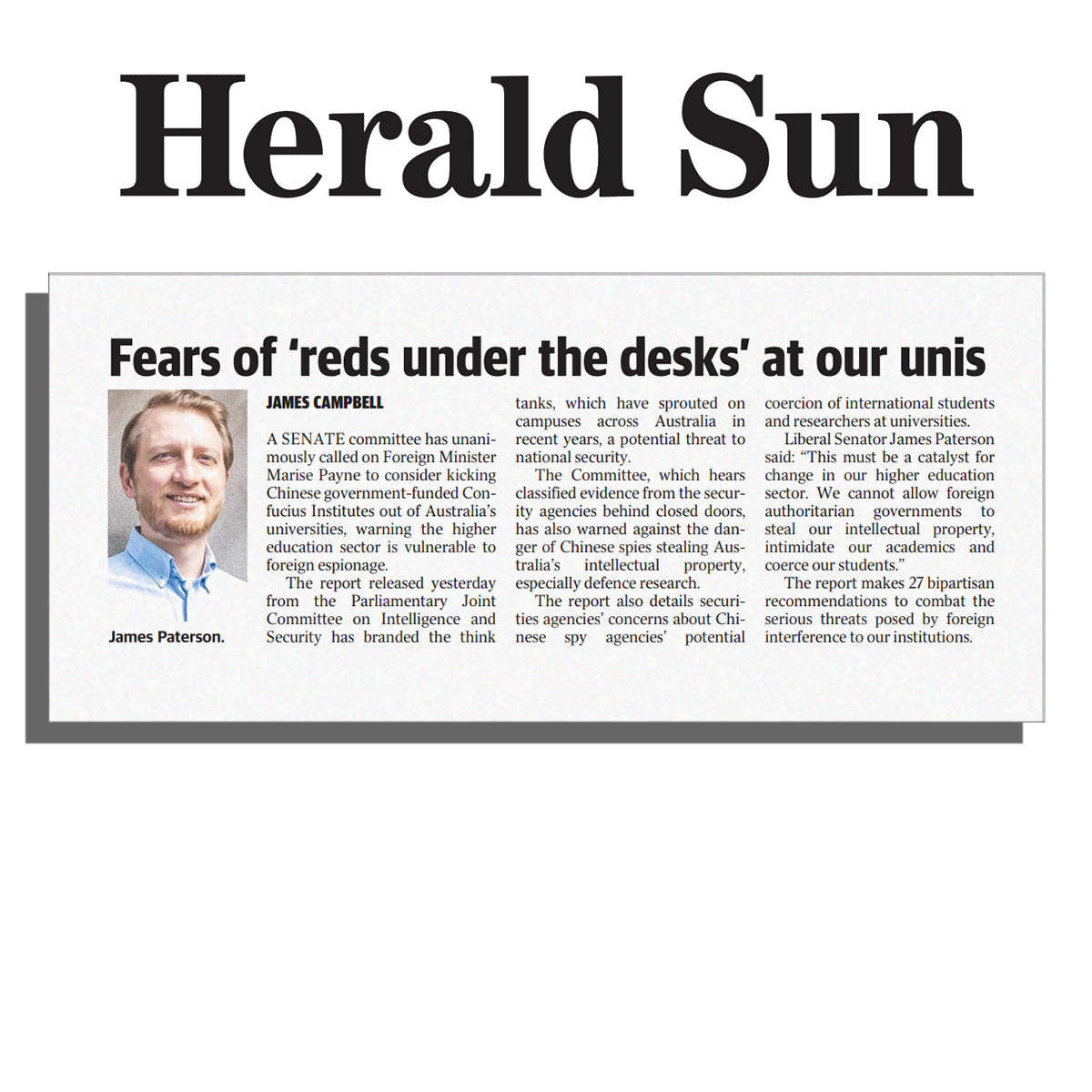 A SENATE committee has called on Foreign Minister Marise Payne to consider kicking Chinese government-funded Confucius Institutes out of Australian universities and warned on the vulnerability of the higher education sector to foreign espionage.

A report on Friday by the Parliamentary Joint Committee on Intelligence and Security said the think tanks, which have sprouted on campuses in recent years, were potential threats to national security.

Committee chairman James Paterson, a Victorian Liberal senator, said: “This must be a catalyst for change in our higher education sector.

“We cannot allow foreign authoritarian governments to steal our intellectual property,intimidate our academics and coerce our students.”

The report makes 27 bipartisan recommendations on research institutions including that the Foreign Minister determine the future of Confucius Institutes under the Foreign Relations Act.

It recommends the establishment of a university taskforce to document incidents of harassment, intimidation or censorship