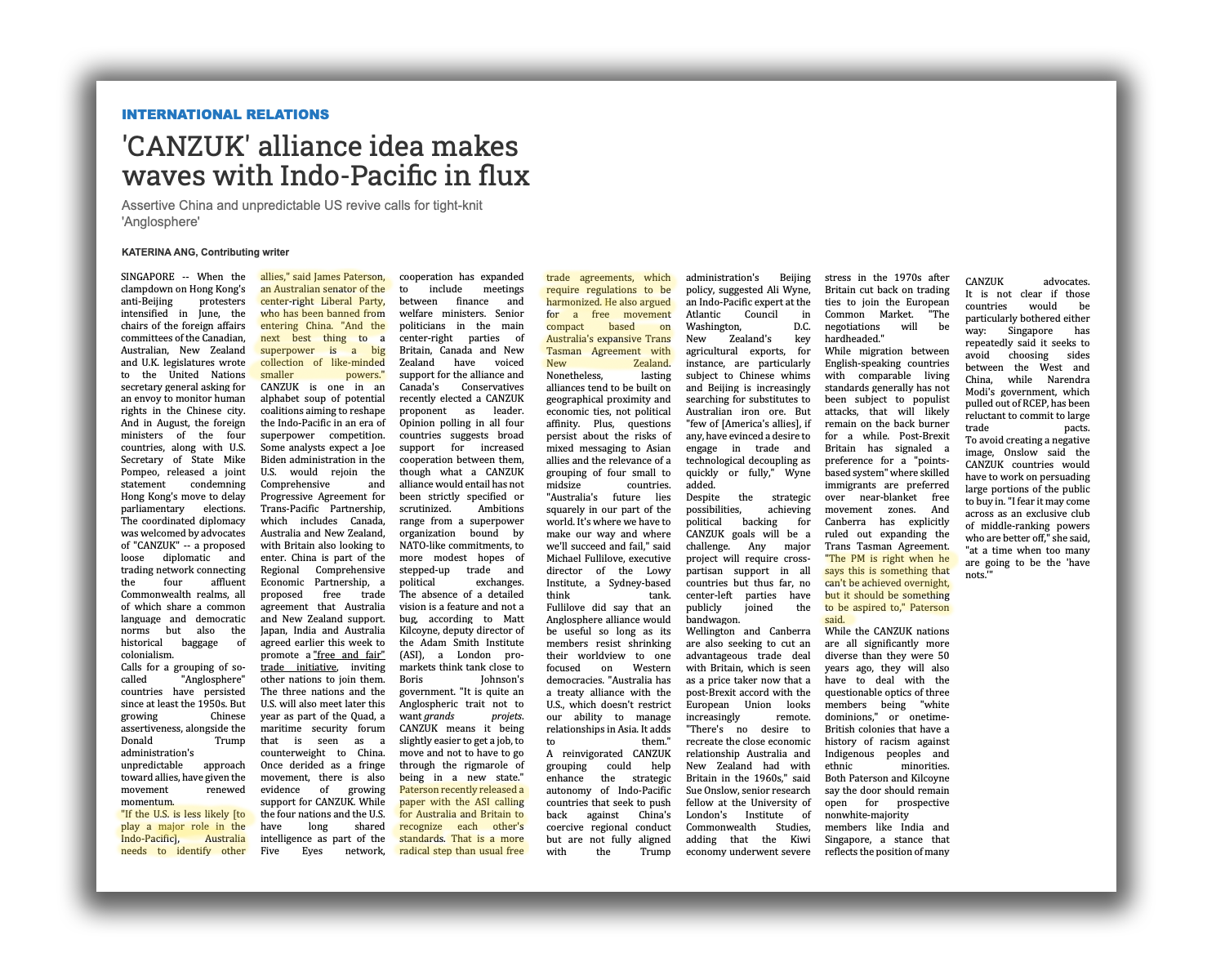 SINGAPORE -- When the clampdown on Hong Kong's anti-Beijing protesters intensified in June, the chairs of the foreign affairs committees of the Canadian, Australian, New Zealand and U.K. legislatures wrote to the United Nations secretary general asking for an envoy to monitor human rights in the Chinese city.And in August, the foreign ministers of the four countries, along with U.S. Secretary of State Mike Pompeo, released a joint statement condemning Hong Kong's move to delay parliamentary elections.The coordinated diplomacy was welcomed by advocates of "CANZUK" -- a proposed loose diplomatic and trading network connecting the four affluent Commonwealth realms, all of which share a common language and democratic norms but also the historical baggage of colonialism.