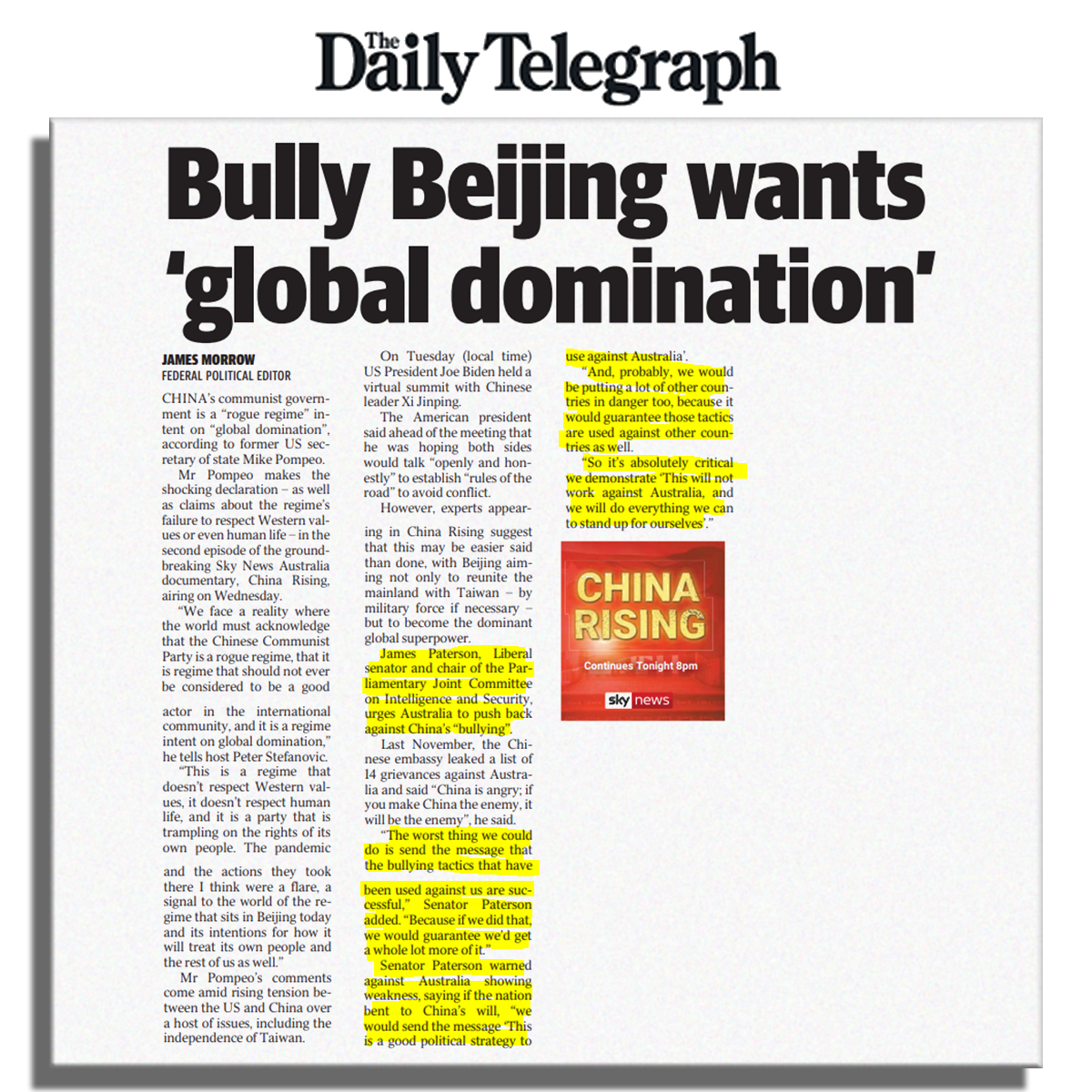 China’s communist government is a “rogue regime” intent on “global domination”, according to former US secretary of state Mike Pompeo.

Mr Pompeo makes the shocking declaration – as well as claims about the regime’s failure to respect Western values or even human life – in the second episode of the groundbreaking Sky News Australia documentary, China Rising, airing on Wednesday.

“We face a reality where the world must acknowledge that the Chinese Communist Party is a rogue regime, that it is regime that should not ever be considered to be a good actor in the international community, and it is a regime intent on global domination,” he tells host Peter Stefanovic.

“This is a regime that doesn’t respect Western values, it doesn’t respect human life, and it is a party that is trampling on the rights of its own people. The pandemic and the actions they took there I think were a flare, a signal to the world of the regime that sits in Beijing today and its intentions for how it will treat its own people and the rest of us as well.”

Mr Pompeo’s comments come amid rising tension between the US and China over a host of issues, including the independence of Taiwan.

The American president said ahead of the meeting that he was hoping both sides would talk “openly and honestly” to establish “rules of the road” to avoid conflict.

However, experts appearing in China Rising suggest that this may be easier said than done, with Beijing aiming not only to reunite the mainland with Taiwan – by military force if necessary – but to become the dominant global superpower.

James Paterson, Liberal senator and chair of the Parliamentary Joint Committee on Intelligence and Security, urges Australia to push back against China’s “bullying”.

Last November, the Chinese embassy leaked a list of 14 grievances against Australia and said “China is angry; if you make China the enemy, it will be the enemy”, he said.

“The worst thing we could do is send the message that the bullying tactics that have been used against us are successful,” Senator Paterson added. “Because if we did that, we would guarantee we’d get a whole lot more of it.”

Senator Paterson warned against Australia showing weakness, saying if the nation bent to China’s will, “we would send the message ‘This is a good political strategy to use against Australia’.

“So it’s absolutely critical we demonstrate ‘This will not work against Australia, and we will do everything we can to stand up for ourselves’.”