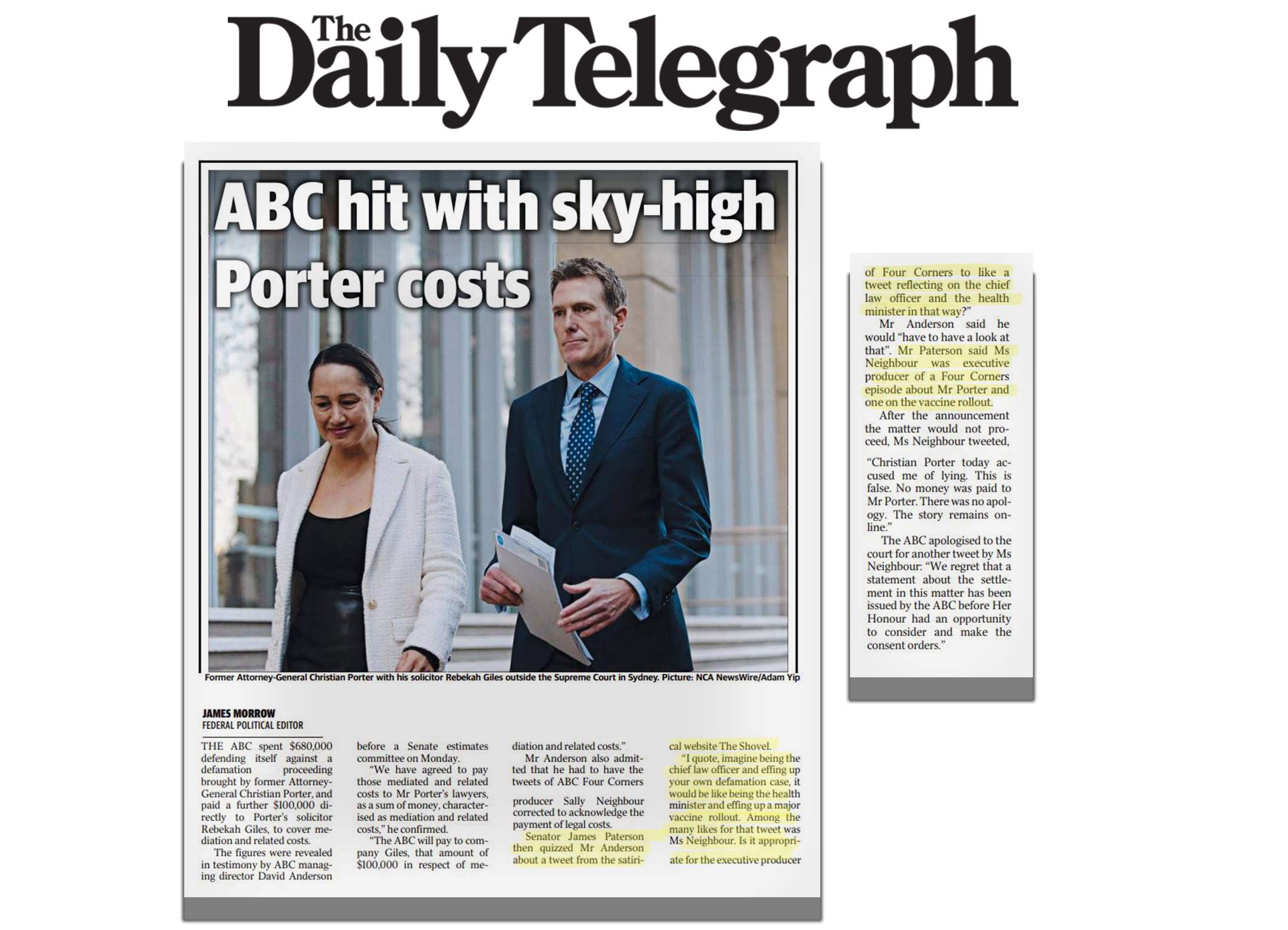 THE ABC spent $680,000 defending itself against a defamation proceeding brought by former AttorneyGeneral Christian Porter, and paid a further $100,000 directly to Porter’s solicitor Rebekah Giles, to cover mediation and related costs.The figures were revealed in testimony by ABC managing director David Anderson before a Senate estimates committee on Monday.“We have agreed to pay those mediated and related costs to Mr Porter’s lawyers, as a sum of money, characterised as mediation and related costs,” he confirmed.“The ABC will pay to company Giles, that amount of $100,000 in respect of mediation and related costs.”Mr Anderson also admitted that he had to have the tweets of ABC Four Corners producer Sally Neighbour corrected to acknowledge the payment of legal costs.Senator James Paterson then quizzed Mr Anderson about a tweet from the satirical website The Shovel.“I quote, imagine being the chief law officer and effing up your own defamation case, it would be like being the health minister and effing up a major vaccine rollout. Among the many likes for that tweet was Ms Neighbour.Is it appropriate for the executive producer of Four Corners to like a tweet reflecting on the chief law officer and the health minister in that way?” Mr Anderson said he would “have to have a look at that”.Mr Paterson said Ms Neighbour was executive producer of a Four Corners episode about Mr Porter and one on the vaccine rollout.After the announcement the matter would not proceed, Ms Neighbour tweeted, “Christian Porter today accused me of lying. This is false. No money was paid to Mr Porter. There was no apology. The story remains online.”The ABC apologised to the court for another tweet by Ms Neighbour: “We regret that a statement about the settlement in this matter has been issued by the ABC before Her Honour had an opportunity to consider and make the consent orders.”